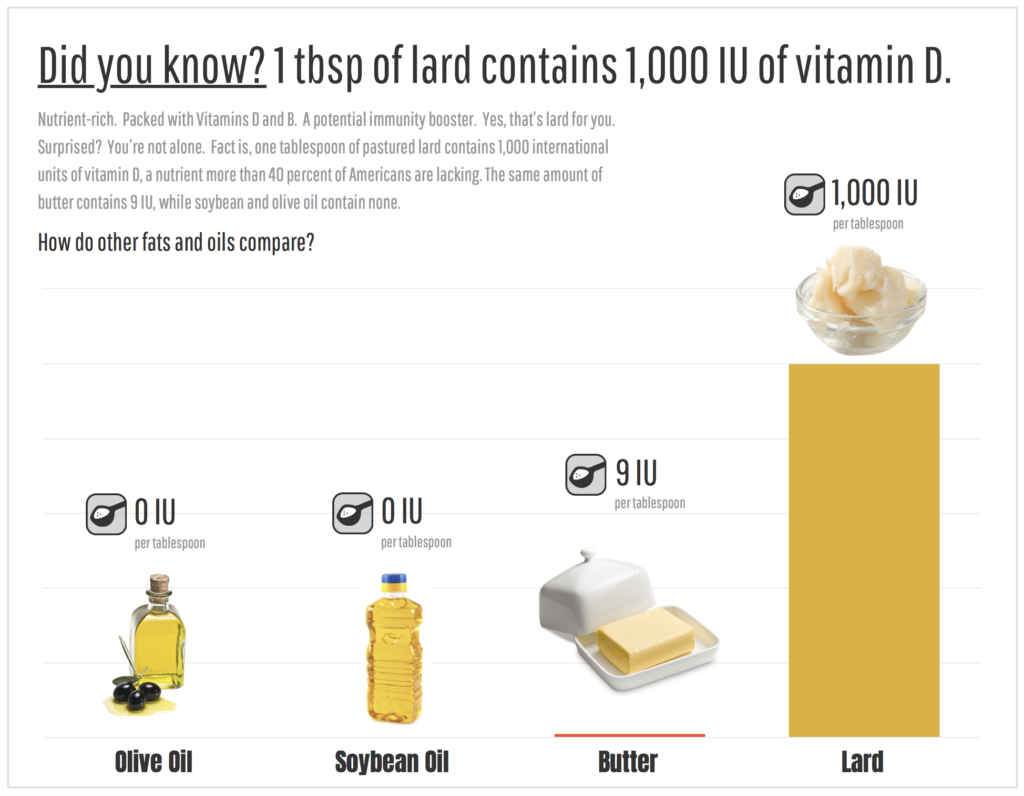 If you’re like most people in the industry, you love lard for the flavor it imparts to popular dishes.  It’s the difference-maker in refried beans, tortillas, tamales, carnitas and scads of other offerings that make Mexican food so special.

You probably don’t reach for the lard because it’s a healthy alternative to other ingredients – but perhaps you should.  Turns out that lard is surprisingly nutrient-rich.  Packed with Vitamins D and B, it’s a potential immunity booster.

Fact is, one tablespoon of lard contains 1,000 international units of vitamin D, a nutrient more than 40 percent of Americans are lacking. The same amount of butter contains 9 IU, and olive oil contains none.  Scientists actually rank lard #8 out of the 100 most nutritious foods, describing it as “a good source of B vitamins and minerals. Pork fat is more unsaturated and healthier than lamb or beef fat.”

That matters now more than ever, as the COVID-19 pandemic continues to take a toll.  Researchers from a number of countries have found that the sickest patients often have the lowest levels of vitamin D, and that countries with higher death rates had larger numbers of people with vitamin D deficiency than countries with lower death rates.  Experts say healthy blood levels of vitamin D may give people with COVID-19 a survival advantage by helping them avoid cytokine storm, when the immune system overreacts and attacks the body’s own cells and tissues.

Lard as an immunity booster?  Certainly food for thought in these challenging times.