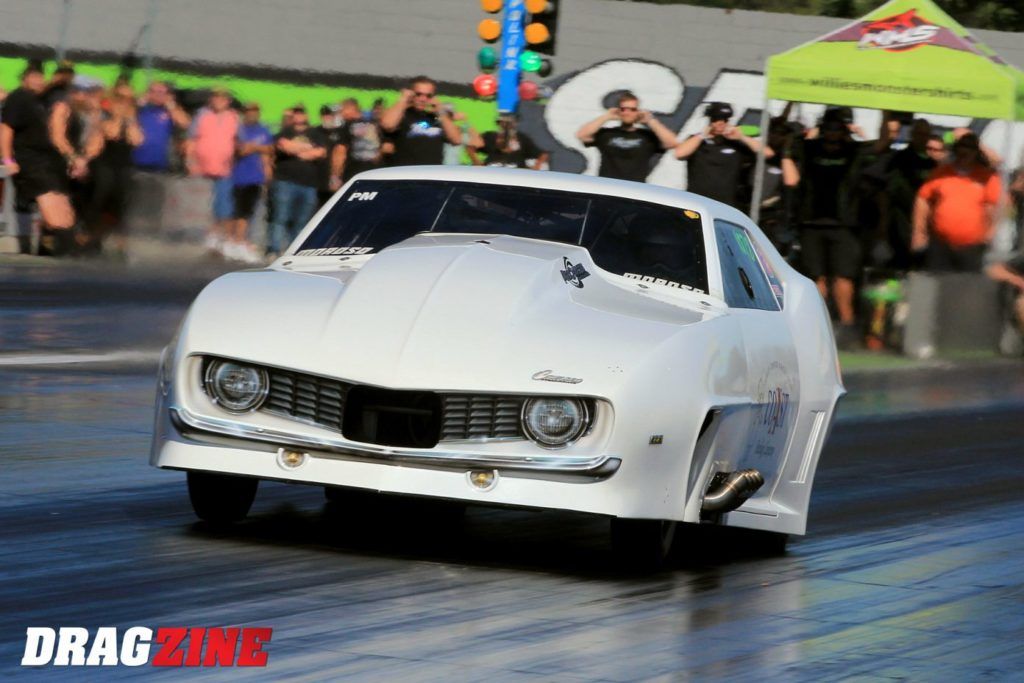 Any experienced racer will tell you that there are some seasons that just challenge you and your team unlike any other, and that’s the exact situation Eric Gustafson has found himself in. The 2020 season has been a mixed bag for Gustafson, but he’s ready to bounce back at the PDRA Mid-Atlantic Showdown.

Gustafson has a healthy racing resume with plenty of event wins on it when he competed in the small-tire ranks. After making the jump to Pro Mod, Gustafson handled his learning curve with ease and started consistently winning rounds. To kick off the 2020 season, Gustafson won the NMCA Muscle Car Mayhem event and looked ready to challenge for a PDRA Pro Boost title before mechanical gremlins and COVID got involved.

“We were fighting an issue that started at the NMCA event, we think we solved it at the NMCA All-Star race and are back on track. This problem had us really scratching our heads and it was very frustrating…the car would keep randomly shutting off at different times. It kept getting worse and we were chasing our tail trying to solve it. With that said, we think we’re going to be more competitive at the Mid-Atlantic Showdown now that we got this car fixed.”

Gustafson’s Camaro is powered by a HEMI/ProCharger combination that has proven itself to be very potent. When Gustafson raced on small tires, he used a centrifugal supercharger as his power-adder of choice, so being familiar with it has helped him be competitive in Pro Mod. Even with a big knowledge base about how to make one of these centrifugal superchargers work, Gustafson and his team will have their hands full at Virginia Motorsports Park when the Mid-Atlantic Showdown begins.“

To win this event we’re going to need a car that can make it down the track on a consistent basis. When we weren’t having issues, our program was doing well and running towards the front. You have to be able to repeat the performance, and as a driver, I have to cut good lights. In the PDRA you’re going to face a lot of good drivers, so you have to be on your game or you will go home early,” Gustafson says.