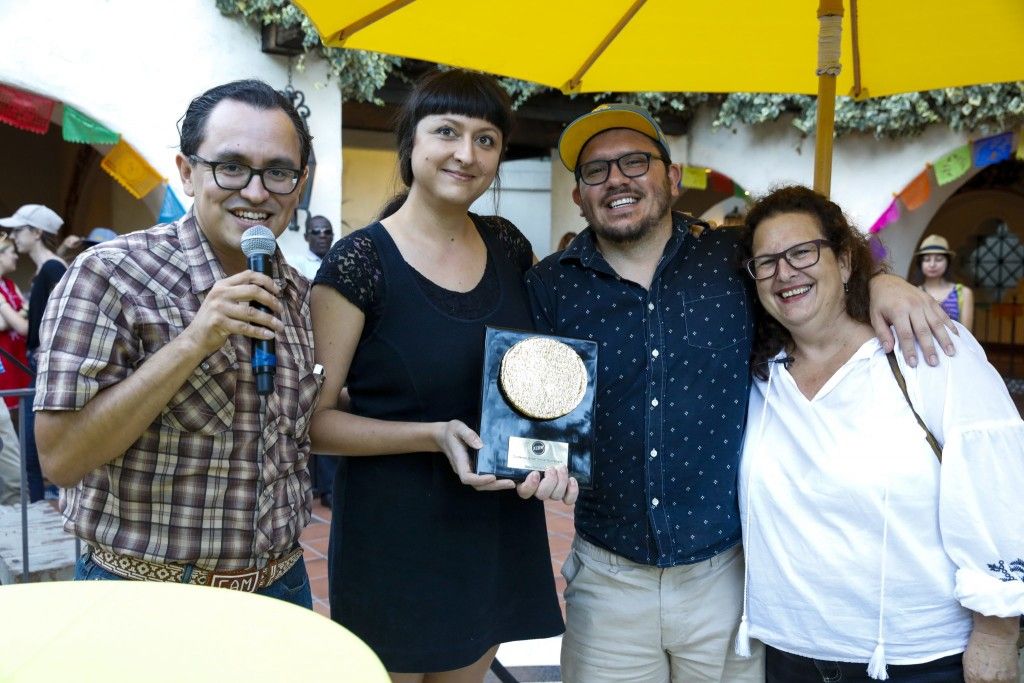 Wow, what a great time yesterday at KCRW’s Inaugural Great Tortilla Tournament! Throngs of people lined up to taste samples from our Fuerte Four Finalists: Kernel of Truth and Taco Maria for corn, Burritos La Palma and Sonoratown for flour!

The LA River Center & Gardens was the perfect spot for the event, providing ample shade, a Spanish-fantasy-heritage backdrop and multiple nooks and crannies so that people could do their thing. We screened City of Gold on a loop for people who wanted air conditioning, and held tortilla art workshops. Food vendors sold everything from awesome Vegan-Mex tacos to churros. KCRW’s Raul Campos spun a live set. There were games, demos and drinks.

And, more importantly, we finished our epic #TortillaTournament, which started with 64 contestants (32 corn, 32 flour) in a sports-style bracket challenge and landed at four finalists who would face off in our finale.

Myself and my fellow KCRW judges Evan Kleiman, Nick Liao and Connie Alvarez had no idea in advance who was going to win—we wanted our immediate thoughts and reactions in front of the crowd when we judged. Before the event, we had narrowed down our brackets: —Nick had Taco Maria, Evan went with Kernel of Truth, Connie loved Burritos La Palma, while I landed on Sonoratown.

If you had asked me before yesterday who would win, I would’ve said Taco Maria for corn and Burritos La Palma for flour, with Taco Maria eking out the overall victory for the Golden Tortilla.