RVW Standout Lee Runs the Table in RVW at LO12 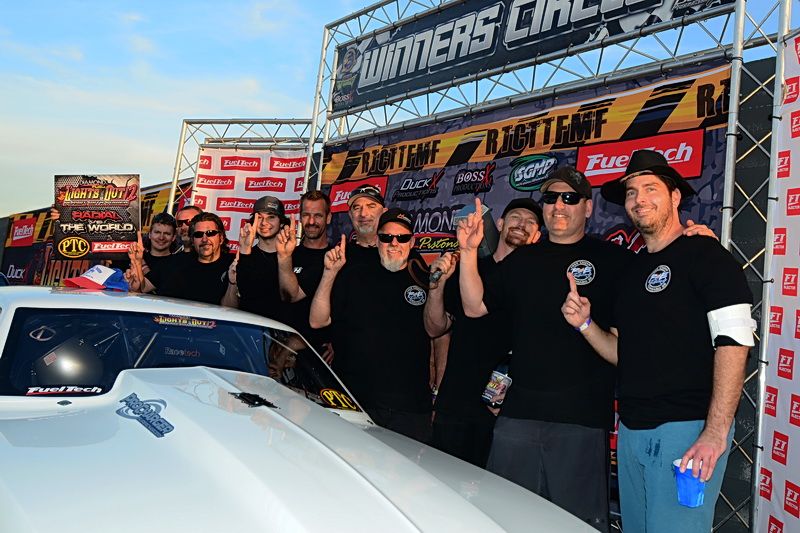 Set a new elapsed time record, qualify number one, set low ET in every round of racing, win convincingly in the final round: check, check, check, and check. Jason Lee did it all Feb. 25-28, at South Georgia Motorsports Park, where he defeated Marcus Birt for the much-coveted Lights Out 12 Radials vs. the World title.

“I’ve got a lot of small-tire radial experience, but never at this level, never on the bigger tire, so this is pretty cool,” the Toledo-based driver said after only his fourth RVW outing. “But I couldn’t do it without this great team, a great team owner, a great car, and just everything it takes to win a race like this.”

Driving the Coast Packing Company ’69 Camaro for 2020 NMCA Pro Mod World Champion Eric Gustafson, who was recently injured in a traffic accident, Lee established himself as a frontrunner early in the week with a 4.507 test pass, which if official, would’ve set a new class record. Regardless, on Wednesday night as half of the first pair to make an official RVW qualifying pass for Lights Out 12, Lee proved it was no fluke by going 4.502 at 211.46 mph to officially put his name in the record books and secure the number-one position over 37 class entries.