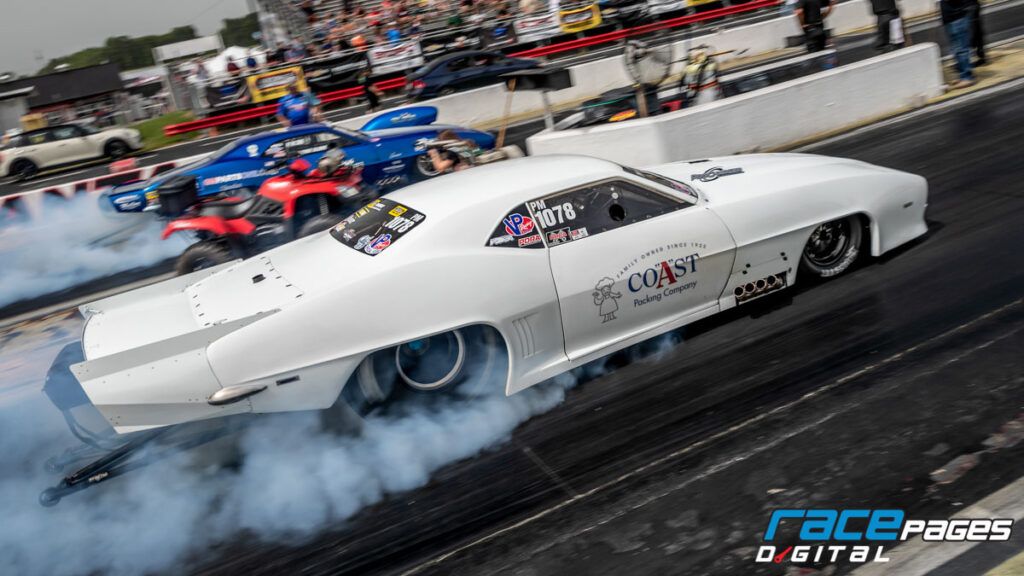 Running a corporation not only requires passion, persistence, lightning-fast decisions, but the patience to know when to apply full throttle. Eric Gustafson puts those attributes to work on a daily basis as the CEO of Coast Packing Company. His company is a premier supplier of animal fat shortenings in the Western United States, and one of its marketing efforts utilizes one of the quickest and most powerful mediums in NMCA drag racing—VP Racing Lubricants Xtreme Pro Mod.

While he carries a Bachelor of Arts degree in Social Sciences with a minor in Business from the University of Southern California and is the leader of a successful company, Gustafson’s evolution as a drag racer started the same way as most. That introduction to the thrill of internal combustion thrust began right at home.

“My dad and grandfather both raced. As a kid my dad would take me to the Winternationals and Winston Select Finals at Pomona. My grandfather was a founding member of the Southern California Timing Association and held class records racing his 1932 Ford Roadster at the El Mirage dry lake,” Gustafson said. “My dad drag raced during his high school and college years and was involved in a racing program that operated a AA blown alcohol fuel dragster that ran at Lions, San Gabriel, Irwindale, San Fernando and other Southern California drag strips in the 1960s.” 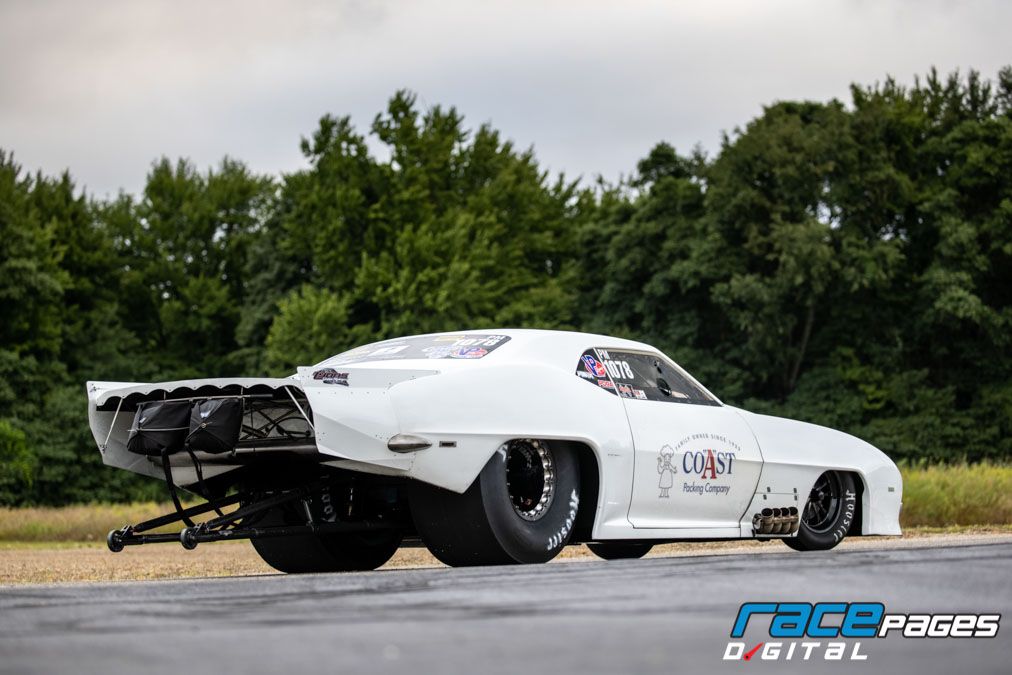 While this car is associated with several great memories, Gustafson looks back fondly on his ground breaking performance at the NMRA/NMCA All-Star Nationals. “A couple stick out but being the first ProCharger-powered Pro Mod to run 200 mph in 2018 at the NMCA Atlanta race sticks out,” he said. “Coincidently that same weekend we won our first Pro Mod race. So, we doubled up on accomplishments that weekend! It was awesome and special!”

Being around all that burning fuel and tire smoke had an obvious impact. Upon achieving his driver’s license, Gustafson was ready for a snarling V8 and straight-line glory. Some of that would have to wait, but he did start modding and drag racing soon after scoring a six-cylinder F-body.

“My first car in 1994 was a 1984 Cadillac Seville that I did not drag race although the 350 V8 did get me in some trouble with local law enforcement. It’s fair to say that I was born with a heavier right foot. After that, my parents were generous to buy me a 1995 Pontiac Firebird. The LT1 V8 had been out for a couple years. I really wanted one and my dad and I went to test drive them. After driving it my dad commented this is the stuff he dreamed of when he was 16 — fuel injection and close to 300 horsepower,” Gustafson said. “That night my dad had a nightmare about me crashing a Firebird with that much power. So, he bought the 3.4-liter V6 version, which I started to modify with a dry NOS kit and other suspension and rearend upgrades. The car was an absolute dog bone stock. It ran 16.80s and I eventually ran high 13s to low 14s with it. While not ideal for drag racing, it helped get my feet wet. Furthermore, I was very grateful of my parents’ generosity to buy me a car.”