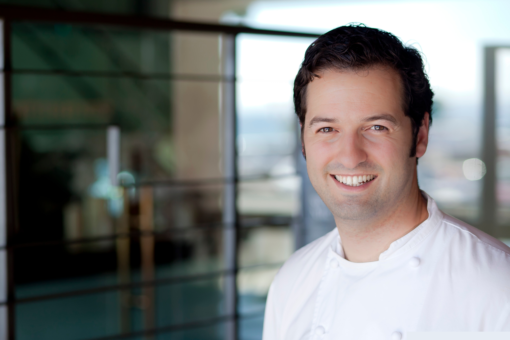 VERNON, Calif. (Feb. 8, 2022) – Expanding its efforts to educate consumers and the culinary trade on the merits of the animal fats lard and beef tallow, Coast Packing Company today announced the appointment of Greg Hozinsky as its new Corporate Chef.

In his role for Coast, the leading supplier of animal fat shortenings in the Western U.S., Hozinsky will be a brand ambassador, help build out the company’s test kitchen, create recipes original to Coast, develop tutorials around cooking with lard and beef tallow, speak at consumer and industry events, and contribute to Coast’s leadership within the Healthy Fats Coalition, among other initiatives.  Hozinsky succeeds noted Southern California chef/educator Ernest D. (“Ernie”) Miller, Coast’s first Corporate Chef, who died unexpectedly in 2018.

Drawing from more than 20 years in the culinary field, Hozinsky has worked in everything from Michelin star restaurants to fast casual.  Recognized in 2013 as one of Zagat’s “30 Under 30,” he has been featured in such local publications as Los Angeles Magazine, L.A. Weekly, Time Out LA, and Food Republic, among others.  He has also hosted two dinners at the James Beard House in New York City, and served on both the Norwegian Seafood Council and the California Almond Board.

Hozinsky credits his career trajectory to early discovery of his passion for cooking.  While in high school, he regularly experimented with creating culinary classics.  One day, his mother returned home from work to find pounds of homemade pasta dangling from chandeliers and coat hangers throughout the house.  It was then that she encouraged her son to pursue his passion.

Chef Greg attended California Culinary Academy in San Francisco, where he received his training in the culinary arts.  While there, he worked under famed Chef Michael Mina at his award-winning, Michelin star restaurant AQUA and at Restaurant Michael Mina in Union Square.  He then returned to his native Southern California, where he spent time working at The House of Blues Foundation Room and Valentino’s in Santa Monica.

Hozinsky reports to Coast CEO Eric R. Gustafson and will work closely with Coast’s leadership, clients and partners to innovate and promote the Coast Packing brand to both the food service trade and consumers.  In recent years, Coast has been the industry’s thought leader, via its “Taste the Difference” #FatMaps awareness campaign (largely in the motorsports sector), themed contests (#LardLovers and #Tweet-to-Win) and broad-based consumer research, in association with survey leader Ipsos.

“As a Southern California native, I’m thrilled to be a part of an organization with local roots that go back a century and that is so committed to engaging with consumers and the food industry to tell a vibrant story about authentic ingredients that make food taste better,” Hozinsky said.

“Coast is incredibly fortunate to have Chef Greg in the position of Corporate Chef, where he’ll be reaching out to all of Coast’s stakeholders and audiences, from millennials to major chains to ethnic specialty restaurants and foodie havens,” Gustafson said.  “We’re looking forward to a landmark year.”

Now marking its 100th year in business, Coast Packing Company (www.coastpacking.com), a closely held corporation, is the number one supplier of animal fat shortenings – particularly lard and beef tallow — in the Western United States.  The company sells to major manufacturers, distributors, retailers, smaller food service operations and leading bakeries.  The company participates actively in diverse ethnic markets – from Hispanic retail chains, with its VIVA brand, to various Asian specialty markets.  Based in Vernon, Calif., Coast Packing Company is regional, national and, increasingly, global.  In some cases, supplier relationships are multigenerational, extending back 50 years and more.  Coast is a founding member of the Healthy Fats Coalition.