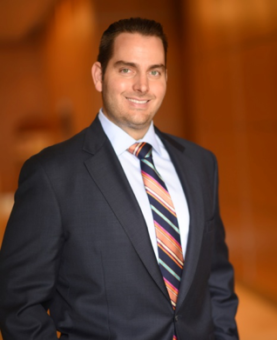 NAMI, a national trade association, represents companies that process 95 percent of red meat and 70 percent of turkey products in the U.S. and their suppliers throughout America. Headquartered in metropolitan Washington, D.C., NAMI is governed by elected leaders who direct a professional staff. NAMI elected leaders include five officers, the President and Chief Executive Officer, a Board of Directors and Executive Board. Representatives on both of these bodies include leaders in the supplier and packer/processor segments of the industry.

“I’m honored and delighted to serve as NAMI Secretary, helping to further the organization’s work in areas ranging from legislation and regulation to increasing industry advocacy,” Gustafson said. “For members throughout the meat and poultry industry, NAMI is an indispensable source of actionable information.”

“Your engagement is critical to the success of the association and the industry,” said Julie Anna Potts, President and CEO of NAMI, on the occasion of Gustafson’s election.

Gustafson is the fourth generation in his family to own and operate Coast Packing. He is responsible for the company’s strategic direction and vision, and manages overall operations.  Prior to being named CEO, he served as Vice President of Operations and has held various sales and marketing posts since December 2002.  He has been a member of Coast’s Board of Directors since 2009.

In 2002, Gustafson earned a Bachelor of Arts degree in social sciences with a minor in business from the University of Southern California. He is a member of the USC Cardinal and Gold Committee, the National Hot Rod Association (NHRA), National Muscle Car Association (NMCA), and PDRA (Professional Drag Racing Association).  Gustafson is a competitive drag racer and holds multiple class championships and records in various sanctioning organizations.