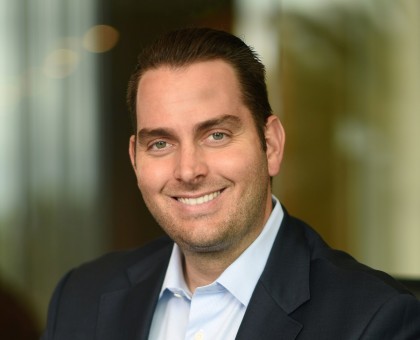 Eric R. Gustafson is CEO of Coast Packing Company (Coast), the number one supplier of animal fat shortenings in the Western United States.  He is the fourth generation of his family to own and operate Coast, has been a member of Coast’s Board of Directors since 2009, and was named CEO in 2010.  Gustafson is responsible for guiding the company’s strategic vision and leads business development, client relationships, and procurement. Prior to being named CEO, Gustafson served as Vice President of Operations and has held various sales and marketing positions since December 2002.

In addition to his responsibilities as CEO of Coast, Gustafson serves on the Board of Directors and Executive Board of the North American Meat Institute (NAMI) and was recently elected as an Officer of the Board.  He has served as Chairman and Co-Chairman of NAMI’s Labor and Employment Committee and co-founded the Family Business Task Force. In addition, he serves on the Board of Directors and Nominating Committee for the Institute of Shortenings and Edible Oils (ISEO).

Gustafson and his family believe in supporting local communities. He served on the Vernon Chamber of Commerce’s Board of Directors from 2010-2018 and was Chairman of the Board from 2012-2014.  In that capacity, he played a critical role lobbying the state legislature on behalf of the Chamber and the “Save Vernon Jobs” coalition.  Through his and the coalitions efforts, AB 46 — a bill to disincorporate the City of Vernon – was defeated. From 2012-2014, Gustafson was appointed to the Vernon Housing Commission and was named its first Chairman. He was also appointed to the Vernon Business Industry Commission from 2015-2017 and served for one year as Chairman.  Gustafson and his wife are advocates of education through the Manhattan Beach Education Foundation (MBEF), Robinson School PTSA and USC Athletics Scholarships.

As a fourth generation member of the Jonathan Club, Gustafson was selected to the Club’s Junior Committee in 2007-2009 and served as Chairman in 2009. He has also served on the Entertainment and Town Club committees, to create member value and foster camaraderie through social activities and events.

In 2002, Gustafson earned a Bachelor of Arts degree in Social Sciences with a minor in Business from the University of Southern California.  He is a member of the USC Cardinal and Gold Committee, National Hot Rod Association (NHRA), National Muscle Car Association (NMCA) and Professional Drag Racers Association (PDRA).  When he is not devoting his time to Coast, Gustafson is a competitive drag racer and holds multiple class championships and records.  His greatest love and passion, however, is spending time with his wife and three children and enjoying USC football, traveling the world, golfing and skiing.