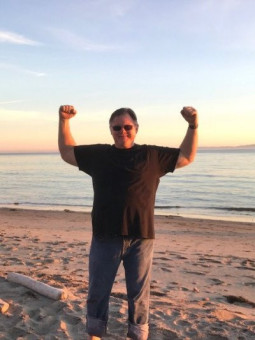 Clark, a retired law enforcement officer and part-time IT specialist, came through in Twitter verse: https://twitter.com/Jeffjjc63/status/1017250143387570177

“Many nights she cries/Due to bland French fries/Boring, tasteless, gross /Nothing even close/One day in desperation/I tried a new creation/Beef tallow French fries/She praised to the skies/Once a French fried zero/Now I’m a French fried hero”
“My wife Cathleen and I wrote that together,” Clark said.  “Plus, we love beef tallow fries!”

In early July, Coast  put out a call for the most poetic/ecstatic/witty/tasty tweets extolling beef tallow French fries.  The contest provided an opportunity for participants to take home some serious bling while celebrating the first annual #NationalBeefTallowDay which, not so coincidentally, also happened to be #NationalFrenchFryDay.  The contest kicked off on July 5 (http://coastpacking.com/beeftallowfrenchfries/) and concluded on #FRYdayThe13th.

“For consumers, the message of our ‘Tweet-to-Win’ contest was, ‘capture the flavor in 280 characters and you may take home the prize,’” said Ernest Miller, Coast Packing Corporate Chef.  “Jeff and Cathleen required just 206 characters to cleverly evoke beef tallow’s storied tradition in the French fry world while alluding to a romantic triumph that followed the switch.  We can’t think of many things that are more delicious.”

“In terms delivering on the promise of freshness, flavor and texture, there really is no comparison to beef tallow,” said Eric R. Gustafson, Coast Packing CEO.  “Toward that end, we at Coast Packing are continuing our efforts to demonstrate that healthy animal fats like tallow are tasty, traditional and amazingly palate-pleasing.”