Houston, We Have Authentic Flavor: Coast Packing’s ‘Taste the Difference’ Online Guide Showcases Lard and Beef Tallow on the Menu 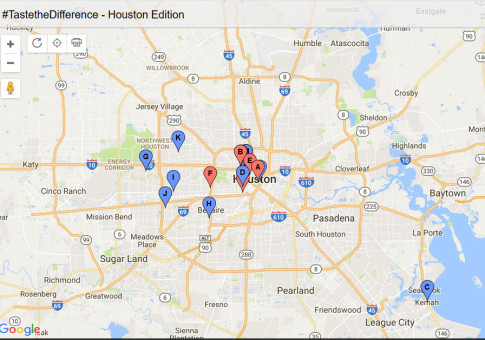 Houston, We Have Authentic Flavor: Coast Packing’s ‘Taste the Difference’ Online Guide Showcases Lard and Beef Tallow on the Menu

Having triumphed in the World Series and perservered through Hurricane Harvey, Houston deserves to kick back and chow down – and Coast Packing Company’s latest online gastronomic “taste map” is an ideal way to start.

The timing could not be better.  With the Houston Livestock Show & Rodeo kicking off today and running through the 24th, some 250 teams will be competing in the World’s Championship Bar-B-Que Contest #RODEOHOUSTON.  Competitive eaters may want to check out the public venues, including The Garden, Rockin’ Bar-B-Que Saloon and the Chuck Wagon.

In the new installment of “Taste the Difference,” Coast Packing — the leading supplier of animal fat shortenings in the Western U.S. — is again putting its website where its taste buds are, following similar guides to Los Angeles, New York City, Chicago and Dallas.

Coast Packing has mapped restaurants and eateries throughout the Houston metro area — from Bellaire and Kemah to N.W. and downtown– where locals can taste for themselves the kinds of flavors lard and beef tallow deliver.  Dishes prepared with lard and beef tallow can be had throughout the region, from the august to the everyday – at establishments like Ritual, Polonia and Underbelly to The Pit Room, Better Luck Tomorrow and multiple locations of Los Tios.

“People don’t go to restaurants so they can consume heavily processed, industrially produced substitutes for healthy animal fats,” said Ernest Miller, Coast Packing’s Corporate Chef.  “Most of us have a pretty fair idea of what tastes good, even if we can’t always say why.  The fact is, artificial trans fats are out, and minimally processed animal fats – in the form of lard, derived from pork, and beef tallow – are decidedly making a comeback.”

“In terms of freshness, flavor and texture, there really is no comparison, which is exactly why we’re so delighted when consumers can taste for themselves,” said Eric R. Gustafson, Coast Packing CEO.  “Toward that end, we at Coast Packing are continuing our efforts to build maps showing that healthy animal fats are just about everywhere, and that consumers don’t need to go far to find places where they can let their palates make the call.”

Have a favorite restaurant that puts lard or beef tallow on the menu (or just in some of its prize dishes)?  If so, drop Coast an email at info@coastpacking.com and the company will put it on the map.  Consumers can also post an image or link to via Twitter/Instagram/Pinterest, etc., with the hashtag #LardOnTheMenu or #TallowOnTheMenu.

For now, Coast is staying with the Lone Star State; next up are San Antonio and Austin.