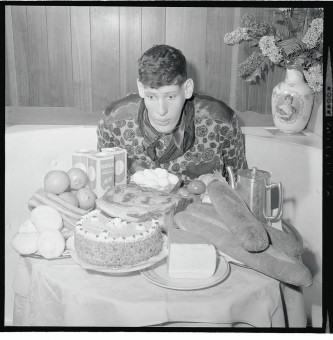 Let’s say you want to lose some weight. Which of these foods would you choose: A skim-milk latte, or the same drink with whole milk? A low-cal breakfast bar, or steak and eggs? A salad tossed in light dressing, or the same salad doused with buttermilk ranch?

If you’re like most Americans, you either aren’t sure how to answer, or you’re very sure—but very wrong. And it’s not your fault. It’s the fault, experts say, of decades of flawed or misleading nutrition advice—advice that was never based on solid science.

The US Department of Agriculture, along with the agency that is now called Health and Human Services, first released a set of national dietary guidelines back in 1980. That 20-page booklet trained its focus primarily on three health villains: fat, saturated fat, and cholesterol.

Recently, research has come out strongly in support of dietary fat and cholesterol as benign, rather than harmful, additions to person’s diet. Saturated fat seems poised for a similar pardon.

“The science that these guidelines were based on was wrong,” Robert Lustig, a neuroendocrinologist at the University of California, San Francisco, told VICE. In particular, the idea that cutting fat from a person’s diet would offer some health benefit was never backed by hard evidence, Lustig said.

Just this week, some of Lustig’s colleagues at UCSF released an incendiary report revealing that in the 1960s, sugar industry lobbyists funded research that linked heart disease to fat and cholesterol while downplaying evidence that sugar was the real killer.

Nina Teicholz, a science journalist and author of the The Big Fat Surprise, said a lot of the early anti-fat push came from the American Heart Association (AHA), which based its anti-fat stance on the fact that fat is roughly twice as calorie-dense as protein and carbohydrates.

“[The AHA] had no clinical data to show that a low-fat diet alone would help with obesity or heart disease,” Teicholz told VICE. But because fat was high in calories, they adopted this anti-fat position, and the government followed their lead. Surely the 1960s research rigged by the Sugar Association, which was published in the prestigious New England Journal of Medicine, added to our collective fat fears.

By the 1990s, when Teicholz says the epidemiological data started piling up to show that a low-fat, high-carb diet did not help with weight loss or heart disease—calories be damned—much of the damage was already done. The US public was deep in what nutrition experts sometimes call “the Snackwell phenomenon”—a devotion to low-fat and low-calorie processed snack foods, which people pounded by the bagful because they believed them to be healthy.

“This advice [to avoid fat] allowed the food industry to go hog-wild promoting low-fat, carb-heavy packaged foods as ‘light’ or ‘healthy,’ and that’s been a disaster for public health,” Lustig said.

The stats back him up. Since the US government first published a set of national nutrition guidelines in 1980, rates of obesity and related diseases like diabetes have more than doubled. “Childhood diabetes was basically unheard of, and now it’s an epidemic,” Lustig said.

Read the rest of the article