Ready for Thanksgiving? Coast Packing Company Celebrates the Season with Recipes that Praise the Lard 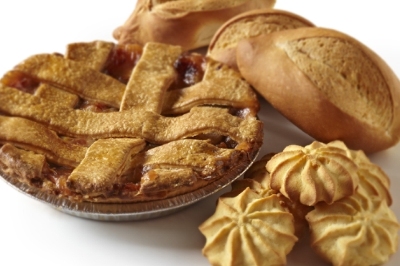 Ready for Thanksgiving? Coast Packing Company Celebrates the Season with Recipes that Praise the Lard

VERNON, Calif. (November 4, 2015) - Break out the baking pans, the baster -- and the lard. Thanksgiving will be here quicker than you can say “Black Friday.”

Bidding everyone everywhere a happy start to the season, Coast Packing Company (www.coastpacking.com), a leading supplier of animal fat shortenings throughout the Western U.S., offers a trio of “try these” recipes, below, for those donning Thanksgiving aprons.

“Lard, beef tallow and animal fat shortenings are so much a part of the season that the holiday wouldn’t be complete without them,” said Eric Gustafson, CEO of the 93-year-old company. “We believe in natural, minimally processed food, and we’re heartened that so many people agree. Consumers are wise to avoid industrially-produced partially hydrogenated fats in favor of animal fat shortenings, which have the benefit of being consistently delicious and, in moderation, promoting health.”

With appreciation to recipe authors for all their creativity – especially the late Julia Child and the editors of Bon Appetit — Coast Packing is pleased to offer a few suggestions for Thanksgiving 2015:

For easier carving at the table, cut out the wishbone from inside the neck end of the turkey, and make incisions where ball joints attach to small of back, cutting through to separate joints.

Slit skin over the breastbone from tip to shoulder. Slipping your fingers between skin and flesh, peel skin from each side of breast, peel skin from each side of breast, leaving skin attached to lower sides of turkey (skin will be used to cover breast after stuffing). Cut breast meat away from carcass on each side, scraping your knife close to the bones. Using heavy kitchen or poultry shears, cut out entire breastbone and half of rib cage. (Reserve bones for stock and turkey gravy.) Set turkey on V-shaped roasting rack, if available, to hold bird securely. Pull white tendon out from underside of each breast (add to stockpot). Slice meat into pieces about 3/8-inch thick and sprinkle with salt, pepper, and Cognac. Season turkey cavity likewise.

Fill boat-shaped cavity with stuffing, mounding it into shallow dome shape. Rearrange the slices of each breast over stuffing. Starting at tail end, sew the two flaps of skin back over the breast. If skin will not reach easily, remove some of the stuffing. It is better to have too little than so much that the skin might split during roasting. Extra stuffing can be cooked separately in a covered casserole in a bain-marie (water bath) for 1 hour; baste several times with some of the turkey pan juices. (Since there is no bread in the stuffing, turkey can be made ready one day before roasting. Wrap and refrigerate.)

Preheat oven to 425 degrees. Skewer neck skin to back, and truss bird. Massage skin all over with soft butter. Place lard or bacon strips over breast area. Set turkey breast side up on rack in roasting pan. Roast 30 minutes. Reduce oven temperature to 350 degrees and continue roasting, basting every 20 minutes with pan juices, for 1 to 1 1/2 hours, according to size of the bird.

Remove lard or bacon strips and continue roasting, basting every 20 minutes, for about 1 hour, or until meat thermometer registers 185 degrees F when plunged into thickest part of thigh (meat of drumsticks should be fairly tender when pressed). If skin begins to brown too much during this final period, cover bird loosely with foil.

To serve: Remove trussing thread before presenting turkey. To carve, remove leg-thigh section and wing from body on one side and cut into portions. Cut through center of breast and peel skin back to reveal meat and stuffing. Serve (after first few cuts you can probably use a spoon and fork). Continue with other side. Accompany with turkey gravy and additional stuffing.

Thanksgiving Lard Bread
This white lard bread is the perfect, versatile bread for the Thanksgiving season. Serve it warm for Thanksgiving dinner or prepare it a day or two ahead of time and make it into bread stuffing or potato filling.

In medium bowl, mix water and yeast. Add milk, sugar, lard, and salt. Stir. Add 4 cups of bread flour and mix well. Slowly add in remaining flour, enough flour to make a dough that follows the spoon around the bowl.
Turn dough out onto lightly floured surface and knead for 8 minutes, adding more flour as needed until the dough is soft and smooth to the touch. Place dough in large greased bowl.

Turn dough over in bowl so that the top is also lightly greased. Cover with clean cloth and let rise in warm, draft-free place for 1 hour or until doubled in size. Punch down dough. Turn dough out onto lightly floured board and knead for 8 minutes or until the bubbles are out of the bread.

Divide dough into 2 equal pieces. Shape each half into a loaf of bread. Set loaves into greased 8 x 4-inch bread pans. Cover and let rise in warm, draft-free place for 45 minutes or until doubled in size.
Brush loaves with egg white to give the loaves a shiny finish when baked. Slash tops with sharp knife or razor.
Bake loaves at 375 degrees F for 45 minutes or until the bread is golden brown. Remove loaves from sheet and let cool on rack.

Directions
Sift flour into a bowl and add salt.
Add butter & lard and “cut in” using a pastry cutter.
Add ice cold water and mix with a spoon, then form a ball using your hands.
Flour a fine cotton towel or piece of fabric, and roll out your dough using a rolling pin.
Once your dough is rolled out to the desired size, use your rolling pin to roll up the dough and transfer to your pie plate.
If you are making a custard pie, pre-bake for 15 minutes at 375 degrees. Be sure to add pie weights during this pre-bake time.