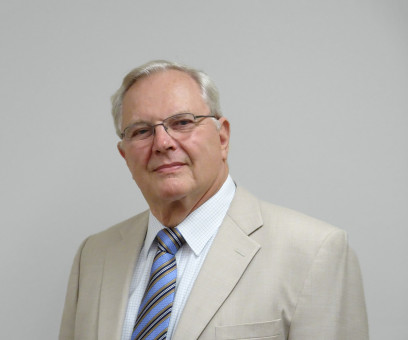 Ron Gustafson was instrumental in shifting Coast Packing Company business towards edible rendering and refining of animal fats and oils, and today Coast is one of the largest animal fat and vegetable oil shortening manufacturers in the western United States. He is a former board member of NAMA predecessor National Meat Association, and was awarded the association’s highest honor the E. Floyd Forbes. He is also President of the NAMA Scholarship Foundation.
“Ron has contributed greatly to this association over the years. He has overseen the development of the NAMA Scholarship Foundation. Under his guidance, the Scholarship Foundation has granted tens of thousands of dollars in scholarships to exceptional undergraduate students pursuing degrees in the Animal, Meat and Food Sciences,” said NAMA Co-President Tony Gahn, Jr., of Milwaukee, Wisconsin-based Gahn Meat Company, Inc., during the awards presentation held at the association’s Meat Industry Management Conference.
The Angus Award has been presented in recognition of prolonged, sustained, and devoted service since 1958.
With representatives in the United States, Canada and Mexico, and a community of more than 600 companies, North American Meat Association provides its members exceptional regulatory advocacy, educational opportunities, and a spirit of partnership that is unique in the industry.