The 18th Annual NMCA Muscle Car Mayhem Presented by Holbrook Racing Engines got off to a great start under very favorable weather conditions as several racers lit up the scoreboards with record-setting performances during qualifying — many of them running the table on the way to the winner’s circle on Sunday. 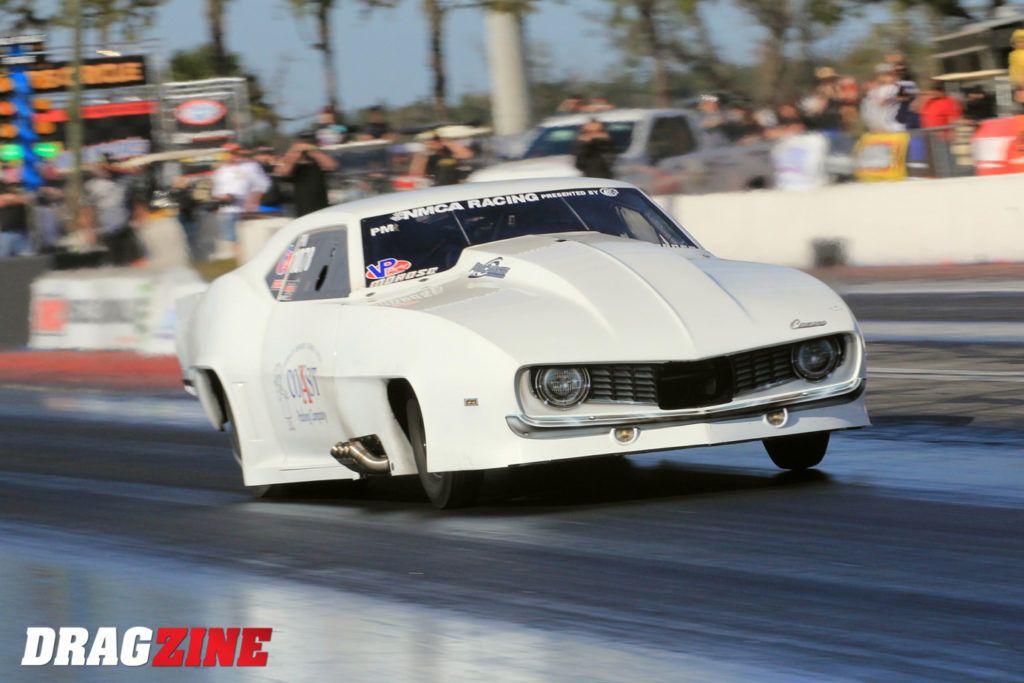 VP Lubricants Extreme Pro Mod racer Eric Gustafson earned number one qualifying spot with a 3.67 at 207 to put his PTP-tuned, ProCharger-equipped, Noonan Hemi-powered Camaro on the pole in class. Jeff Rudolf came away with top speed after several 215 mph blasts through the lights, landing as the eighth qualifier with a 3.79. The top five in class were rounded out by Keith Haney, Randy Adler, David Monday, and Mike DeDomenico.

Gustafson ripped off a 3.63 at 205 to open his march to victory in round one. Andrew Handras had luck go his way in his round one match with Randy Adler, who struggled keeping his car straight and on the ground, wheelstanding near half-track and allowing Handras to advance, his 4.17 to Adler’s 4.29. DeDomenico put up a 3.72, making it by Scott Braskett, and David Monday earned his way past an improving Mark Woodruff, who scored a 4.13-second best with his new car in it’s second race in Pro Mod debut after being driven at Lights Out 11 by Craig Sullivan.

Handras put up a 3.81 to get by Rob Cox in round two, with Haney and Gustafson in the 3.60’s and Mike DeDomenico scoring a 3.77 at 195 to advance to the semifinals. It would be Haney and Handras in the first pair out, and things got wild in a hurry as Haney got into the wall and on his roof, delaying the racing while the staff cleaned up the carnage. Fortunately, Keith was okay after the hair-raising incident and racing resumed after a short time. Once back at it, Gustafson ripped off another mid 3.60 to advance to the final with Handras, who was reinstated due to Haney crossing the centerline.

In the finale, Handras took the starting line advantage with a .044 reaction and put up a 4.09 at 186 in trying to fend off top qualifier Gustafson, but he was no match for Eric’s winning 3.68 at 183. 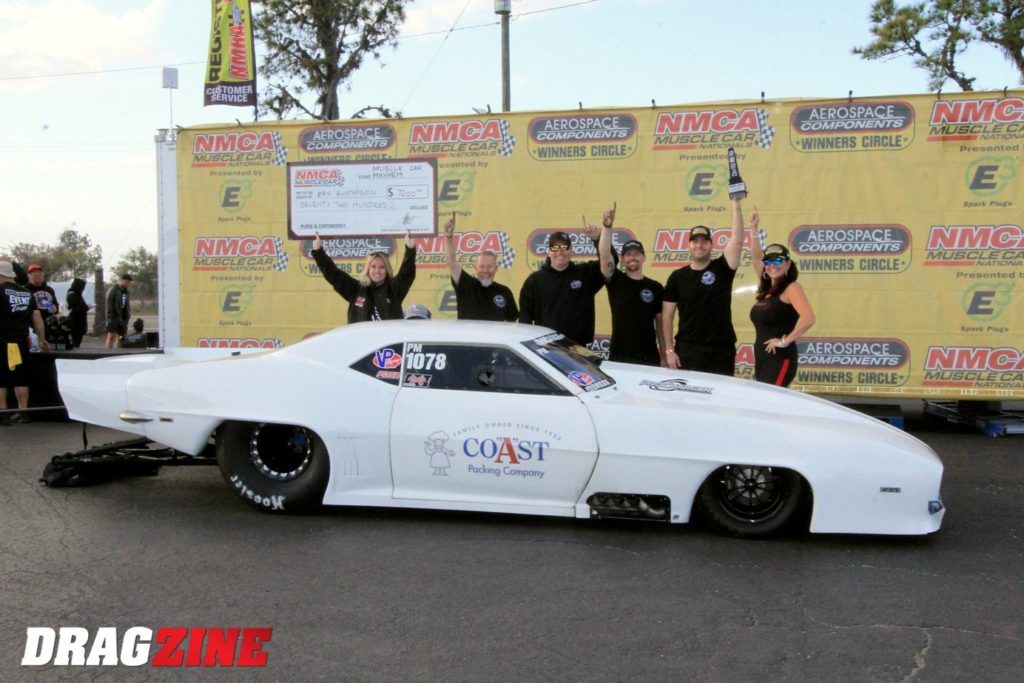