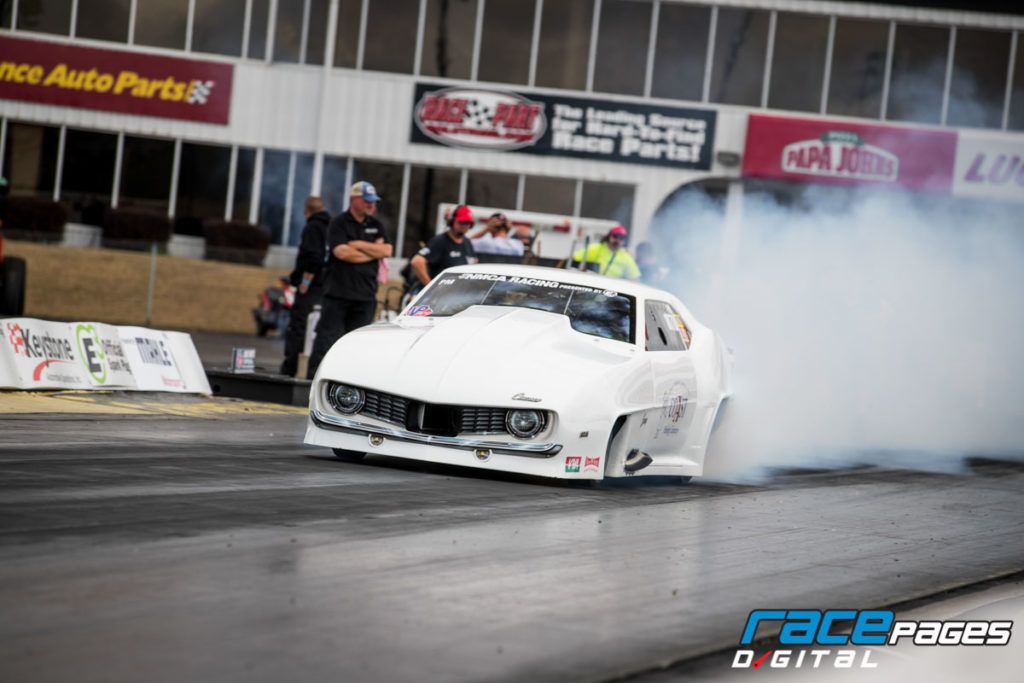 Although he’s only made it to one VP Racing Fuels Pro Mod race this year, Eric Gustafson’s Camaro runs well into the 3.60s at over 200 mph. Gustafson finished fourth in points in 2018 with his ProCharged machine.

For many years, the Pro Mod eliminator enjoyed three main options for extra-atmospheric vehicle propulsion: superchargers, nitrous oxide injection, and turbochargers—with the latter two choices mostly self-explanatory. Until recently, blown combinations were mostly centered around Hemi engines topped off with either a roots- or screw-style supercharger. However, the inclusion of centrifugal superchargers into NMCA VP Racing Fuels Xtreme Pro Mod—and the Pro Mod classes of other series with the exception of NHRA at this time—opened the door for mainstream centrifugal supercharger companies like ProCharger and Vortech to enter one of the hottest classes in modern drag racing.

In the VP Racing Fuels Xtreme Pro Mod class, small-block centrifugal-supercharged combinations can weigh 2,250 pounds, while 5.0-inch bore-space, big-block combinations are a little heavier at 2,425 pounds and are used as the benchmark with adders and deducts for other configurations. For example, cars with engines using the traditional 4.84-inch bore spacing can deduct 75 pounds, and an extra 100 pounds is added to those cars running 5.3-inch bore-space engines.