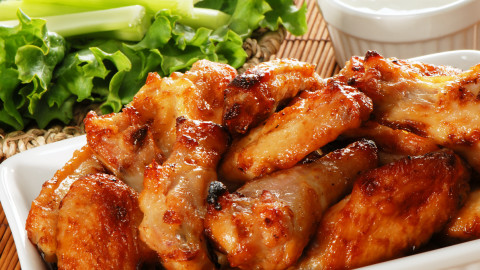 Since its inception in 1964 at the Anchor Bar in Buffalo, N.Y., the chicken wing has become a national staple. Americans consume nearly 30 billion wings annually – about 1.3 billion on Super Bowl weekend alone. At an average rate of 24 wings per month – 290 wings a year — that translates to 18,000 chicken wings over a typical lifespan.