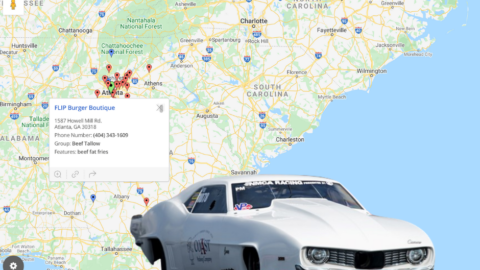 It’s Not All Business in Commerce: As NMCA’s All-Star Nationals Prepares to Smoke Atlanta Dragway, Coast Packing Serves Up ‘Take-out or Delivery’ #FatMap762 (and Screaming Camaro)

Known as “Georgia’s House of Speed,” Atlanta Dragway is cheek-by-jowl with some of the area’s best purveyors of traditional Southern fare.  For the occasion, Coast has whipped up its special online gastronomic #FatMap762, showcasing local spots where fans can “Taste the Difference” that lard and beef tallow make in popular dishes – dishes available by delivery or on a take-out basis.  The 36 locations across 25 cities on #FatMap762 all feature dishes prepared with lard and/or beef tallow. 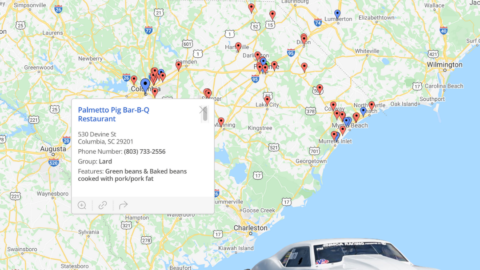 As PDRA’s ‘Carolina Showdown’ Rolls into Darlington, S.C., Coast Packing Fires Up Its Blazing Camaro – and Serves Up ‘Take-out or Delivery’ #FatMap843

To mark the PDRA Carolina Showdown, we've updated our special online gastronomic #FatMap843, showcasing local spots where fans can “Taste the Difference” that natural cooking fats make in popular dishes – dishes now available exclusively by delivery or on a take-out basis. The 50 locations across 18 cities on #FatMap834 all feature dishes prepared with lard and/or beef tallow. Check them all out here. 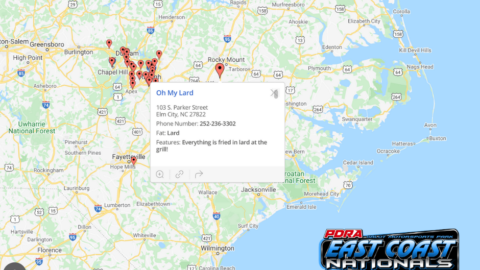 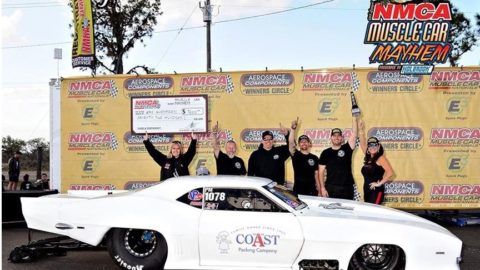 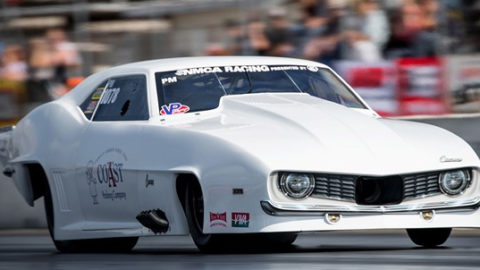 As the 2020 PDRA Season Kicks Off, Coast Packing Returns to the Drag Strip with Its World-Beating Camaro — And Fast #FatMaps for Every Spot on the Circuit

As sure as the calendar flips into a new year, the PDRA, the the Professional Drag Racers Association, swings into action -- and that means the roaring return of Coast Packing Company CEO Eric R. “Goose” Gustafson’s and his ’69 ProCharger Pro Mod Camaro (along with the skinny on the very best places to score awesome dishes prepared with lard and/or beef tallow). 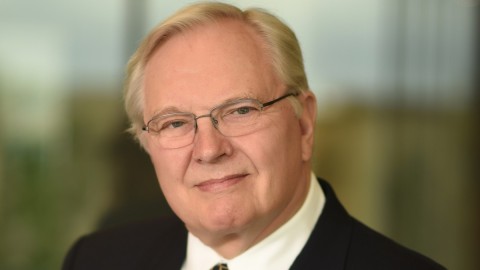 In recognition of a career marked by both business innovation and service to the community, Coast Packing Company President and Chairman Ron Gustafson has received the first-ever Citizen of the Year Award, conferred by the Vernon Chamber of Commerce.

We are proud to announce Eric R. Gustafson, CEO of Coast Packing Company, has been elected Secretary of NAMI, the North American Meat Institute. Gustafson was also reelected to a three-year term on the NAMI Board of Directors and a one-year term on the Executive Board, and is co-founder of NAMI’s Family Business Task Force. 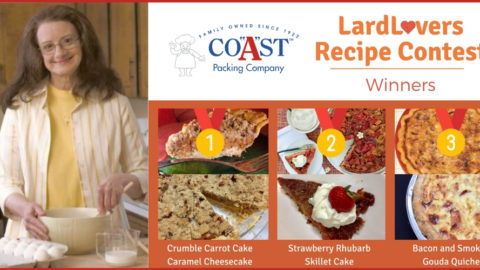 Preparing an epic cheesecake with flavors to spare, Brenda Watts of Gaffney, S.C. took home top honors – and some nifty kitchen bling – in our 3rdAnnual #LardLovers Recipe Contest, which was announced on #NationalLardDay (Dec. 8) of course! 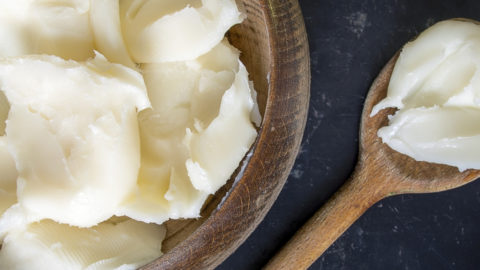 In the Spirit of the Authentic and the Traditional, Healthy Fats Coalition Celebrates Dec. 8 as Second Annual #NationalLardDay

Under the auspices of the Healthy Fats Coalition (HFC) and ideally timed for the holidays, this Sunday, Dec. 8, will mark the second annual #NationalLardDay -- a celebration of pure lard, a traditional, authentic animal fat that is now enjoying a resurgence within America’s food culture, in restaurants, fast food operations and home kitchens.