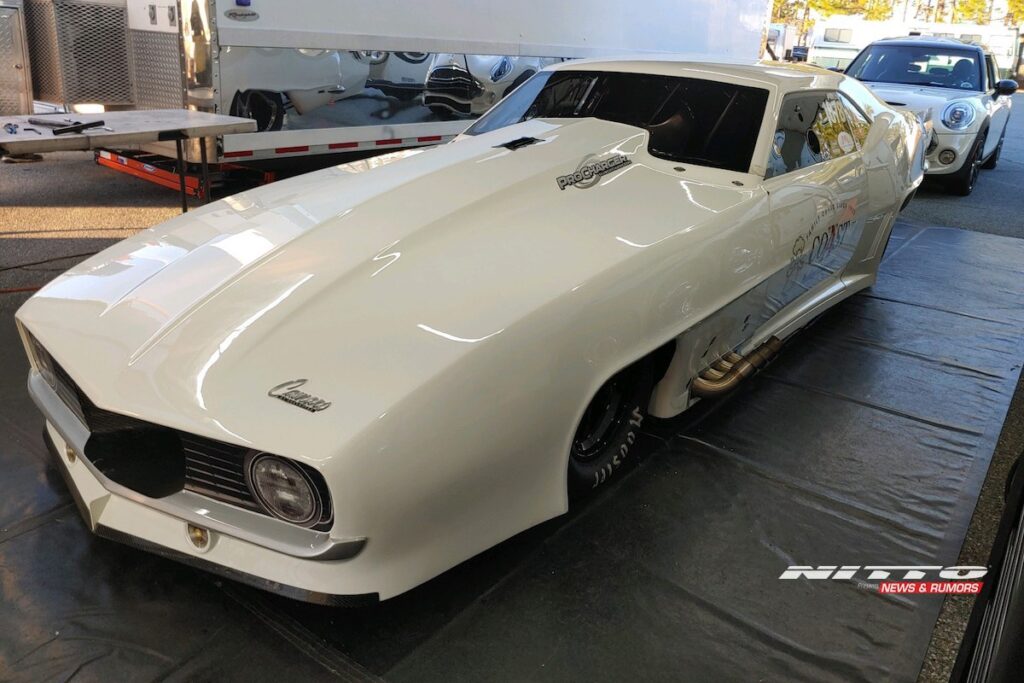 Photo and video courtesy of Jason Lee and Eric Gustafson

As we reported last week, Jason Lee is in the cockpit of Eric Gustafson’s Coast Packing Company Camaro for competition this year.

We expected Lee, a multi-time NMCA and NMRA X275 Drag Radial champion, to be successful in Gustafson’s car at some point because he’s as dedicated and determined as Gustafson, the 2020 NMCA VP Racing Lubricants Xtreme Pro Mod champion, and because he doesn’t stop until he accomplishes what he sets out to accomplish, but that point came incredibly soon.

Lee, who owns PTP Racing with fellow tuner Patrick Barnhill, just peeled the track with a potent 3.537 and 208.07 mph during a test session on February 22 at Bradenton Motorsports Park in Florida in Gustafson’s car, which is powered by a Noonan Race Engineering Hemi, ProCharger F-3X-140, ProCharger Gear Drive, Liberty’s transmission, Neal Chance converter and Quick Drive converter drive, and currently rolling on 315 Mickey Thompson drag radials and Mark Menscer-massaged shocks with suspension set up by Lyons Custom Motorsports. Then, on February 23, he dished out 3.507 and 210.41 mph during a test session at South Georgia Motorsports Park.

Crew chief Cameron Hensley proudly shared that the numbers make the Coast Packing Company Camaro the quickest and fastest centrifugal supercharged car in the world. Now the team is ready for Radial Vs. The World at Lights Out 12, this weekend at South Georgia Motorsports Park, where Lee will very likely come up with some more tight tune-ups with the car’s Haltech engine management system.