Jason Lee Rips Off 3.507 On Radials During Lights Out 12 Testing! 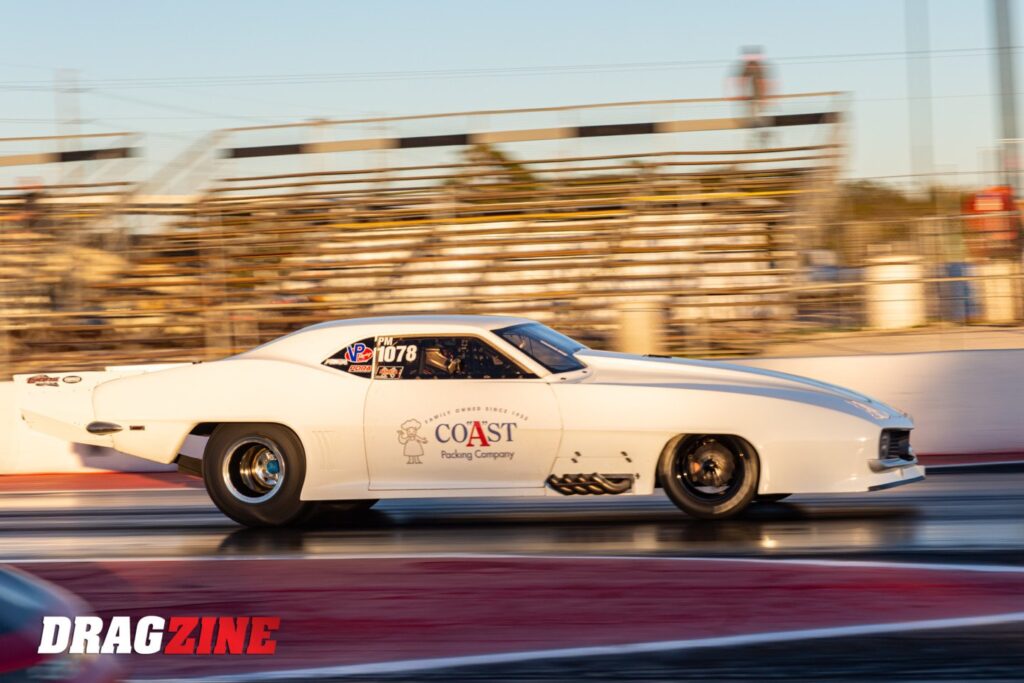 Testing has just begun at Lights Out 12 and the stage is already being set for a record-breaking weekend of racing at South Georgia Motorsports Park (SGMP). Veteran small tire racer and tuner Jason Lee lit the scoreboards up with a 3.507 at 210.41 behind the wheel of Eric Gustafson’s ProCharged Camaro during testing on Tuesday. That pass set the centrifugal record in the 1/8th mile and put Lee within striking distance of a 3.40 pass on radial tires.

Gustafson and Lee have been a potent combination for some time, the duo has racked up numerous wins along with several championships. Lee’s experience behind the wheel and tickling the keys of the laptop tuning have helped the team become a major player in Radial vs The World. The team only recently put the Camaro on radial tires, however, they immediately starting making noise going rounds at No Mercy, and taking the top qualifying spot at the U.S. Street Nationals in January.

Make sure you follow our coverage of Lights Out 12 this weekend on Dragzine.com as we bring you all the stories from SGMP.