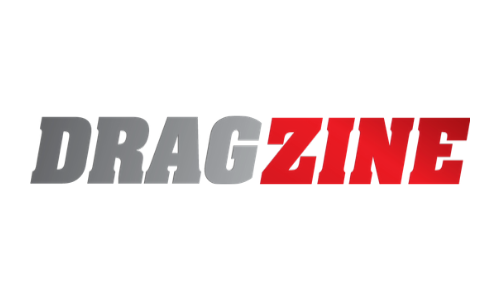 It’s another fine day in Florida for racing as we move to the final day of the 2020 US Street Nationals in Bradenton. We get started this morning with Open Comp and Jr. Dragsters before moving to the Index classes and heads up racing towards 11 AM.

Mike “Mountain Man” Achenbach hails from Nazareth, PA and is entered in Pro Mod this weekend with his gorgeous Purple 1969 RJ Race Cars built Camaro. The car has a Buck Racing Engines 959 topped with Switzer Dynamics nitrous system with Brandon Switzer making the calls on the tune ups using a MOTEC M150 and qualified number eight in a tough field. Mike has had the car going on a year and a half and played around with street cars before jumping into Pro Mod with both feet. After the purchase he took the car to Rick Jones for some work and Jones pointed him to Jay Cox and Switzer. Mike owns. Plans for the team for 2020 include racing the Northeast Pro Mod series, The Shakedown and some PDRA events in Pro Nitrous. Mike’s company MJA Installations is the team sponsor. The team this weekend from left to right is Rob Schuttert, Steve Hemhauser, Ryan Ackerman, Mike Achenbach and Brandon Switzer.

Ron Green banged the blower last night on his record setting 3.839 run last night in Pro 275 with El Diablo. We caught up with them this morning to find Justin Smith and Charlie Hunt setting the blower back on the engine to prepare for round two.

2019 X275 Champion Charles Hull qualified sixth in class this weekend and is running a new lockup trans and converter from M&M for 2020. They are working out the bugs with the new set up and made it to round two, getting by a wheel standing Eric Kenward last night. Charles’ son Davey is here this weekend, pictured at left in the KBX prepared car.

Shawn Pevlor was here testing for DXP Street running in Pro 275 this weekend. Pevlor has teamed up with KBX for 2020 with Kolivas tuning on a nitrous car for the first time. The team had a good test running a 4.96 at 136 using a Nitrous Outlet class legal plate which is sure to get some tongues wagging with only 136 MPH. Pevlor has a history of running at the top of the class and teaming up with KBX will sure make them a force to be reckoned with in the new entry level class.

Justin Palmer has been running in X275 for about nine months now scoring the New England Dragway championship and running Yellow Bullet Nationals and now the US Street nats for his second major event. The car was updated by Victor at Texiera Fabrication and runs a Disomma Racing Engine out Manny Buginga’s stable tuned by Dez Racing. They tested different Prochargers here this week and swapped back to the 102 MM unit they are familiar with before qualifying started on Friday. Manny Bugina has been a great help to the team and showing them the ropes of preparing and maintaining a car in X275. He qualified fifth and will move to the semi finals after a pair of 4.31’s to face off with Rob Goss.

Round three of Pro Mod saw top qualifier Lizzy Musi dispatch with Adam Flamholc running a 3.66 at 207 and Flamholc repeating a 3.77 at 205 in a good match. Eric Gustafson had an issue on the line and left before the green against Jerico Balduf who will advance to the next round to face off with Tommy D’Aprile who set low ET for the round with a 6.63 at 204.