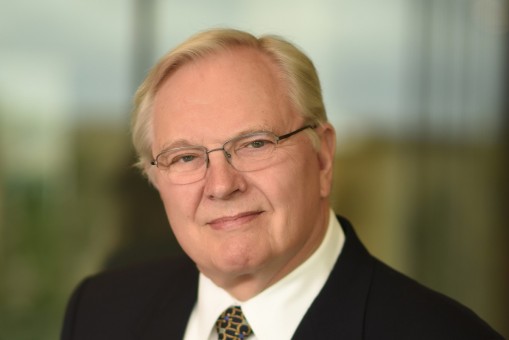 VERNON, Calif. (December 19, 2019) — In recognition of a career marked by both business innovation and service to the community,  Coast Packing Company President and Chairman Ron Gustafson has received the first-ever Citizen of the Year Award, conferred by the Vernon Chamber of Commerce, the company announced today.

Gustafson will be honored in March for his distinguished career as an innovator and leader in the meat processing industry, most notably for technological advances at the Coast Packing plant that triggered substantial business growth.  Coast is the number one supplier of animal fat shortenings in the Western United States.  Gustafson represents the third in the line of four generations of leadership at Coast.

The inaugural Vernon Citizen of the Year Awards is a corporate philanthropic event to highlight Vernon companies and special individuals for their industry leadership and long-standing commitment to local communities.  The event will take place Tuesday, March 24, at the Jonathan Club in Downtown Los Angeles.  The Vernon Chamber has also named, as Vernon Corporate Citizen of the Year, Sweetener Products Company, a prominent industry leader and innovator in sweetener storage and handling since 1923.

“We are thrilled to have two anchored Vernon companies, each with more than a 90-year record of business growth and innovation, to be selected as our first honorees, both who exemplify the spirit of Vernon,” said Douglas Williams, Vernon Chamber Chairman of the Board and CEO of Williams Data Management.  A portion of the proceeds from the event will be given to each honoree’s select charities.

“This is an extraordinary honor – one that reflects the tremendous support we have received from the City of Vernon since the company’s inception,” Gustafson said.  “In a twist on that popular saying, ‘it takes a city’ like Vernon to build an organization like Coast.  In the course of my career, I’ve been blessed in so many ways, and I’m delighted at the opportunity to give back – in my case, in the form of support for causes I care deeply about.”

Vernon Corporate Citizen of the Year Sweetener Products stores, handles and supplies sugar and other nutritive sweeteners, starches, salts, proteins, fiber, gums, pulse grains, and other specialty ingredients including Non-GMO and organic ingredients.  Through its support of Reading by 9, Sweetener Productshas made literacy a priority in its commitment to thecommunity.  Reading by 9 is a widely-recognized literacy program first started by Los AngelesTimes and then adopted by Rio-Hondo Vernon Rotary to help local children achieve grade-levelreading skills by age 9.  Sweetener Products spearheads the literacy program that provides new books to thousands of children at local area schools.

Gustafson is President Emeritus of the NAMI Scholarship Foundation, and has served as a director of both the Western States Meat Packers Association (WSMPA) and National Meat Association, a predecessor organization to NAMI.  Gustafson’s family has a long history in the meat industry.  His grandfather, Anton Rieder, owned Coast Packing and was a founding member of WSMPA.  His son Eric currently serves as Coast’s Chief Executive Officer and is on NAMI’s Executive Board and Board of Directors.

Gustafson received a Bachelor of Arts degree in Industrial Technology from California State University, Los Angeles, and a secondary teaching credential from the State of California in 1968.  After two years in the U. S. Army, he rejoined the company full-time in October 1970 and received his MBA from Pepperdine University in 1982.  Gustafson was a CAP mentor at the USC Marshall School of Business for 18 years.  He is treasurer of three organizations: the Jonathan Heritage Foundation,the Los Angeles Railroad Historical Foundation and the San Bernardino Railroad Historical Society.

About Vernon Chamber of Commerce

Vernon Chamber of Commerce is the voice for business and industries in the City of Vernon, California, one of the last manufacturing-based communities in the nation that offers a haven to employers in food processing, plastics, apparel design, and international trade and distribution. The Chamber’s advocacy efforts reach across all levels of community including residents, commissions, government officials, as well regulatory agencies to ensure the City of Vernon retains its attractive location as a low-cost, streamlined-service community that caters to job-producing employers who collectively generate an economic output of $8.5 billion to the regional and state’s economy. Vernon Chamber’s service priorities to its members of privately and publicly-held businesses include programs that focus on education in safety and compliance, business assistance and access to capital, and substantive connections designed to spur job production and economic growth for a close-knit community that powers the region.