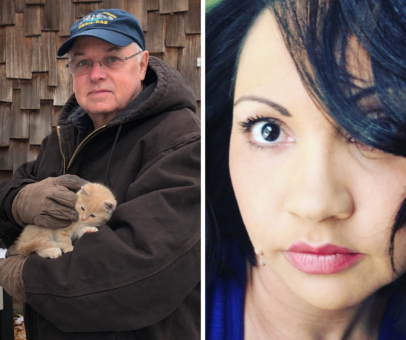 In a testament to the inspirational powers of #BeefTallowFrenchFries, two Midwesterners have taken top honors in Coast Packing Company’s Second Annual “Tweet-to-Win” Contest, a celebration tied to the July 13 observance of #NationalBeefTallowDay (and, as it happens, #NationalFrenchFryDay).

On its second quest for the public’s most engaging tweets proclaiming their hankering for beef fat French fries, Coast — the largest supplier of animal fat shortenings in the West — attracted the passionate and the poetic.  And for the second year in a row, verse carried the day, as top prize winner Dennis Larimer (@DennisLarimer49), of Fallow Lane, Minn., served up this Twitter ditty:

“That’s great! It was fun thinking that one up,” Larimer said when he got the news.  His Twitter profile: “Retired and living the good life.  Living on Lake Osakis in the summer and Florida in the winter.  I love to fish, ride my Harley and eat my wife’s home cooking.”

“I make the best #BeefTallowFrenchFries in my neck of the woods!  My kids are always asking me to make them.  I use them to bribe them to clean their rooms.”

Drawing twice as many entrants as last year’s tweet-off, this year’s contest attracted these tweets of note:

In addition to Eagles 94 in Stillwater, Minn. and Michelin-starred Dusek’s, participants gave shout-outs to Bull and Bear in Orlando, Clove and Hoof in Oakland, Calif., Buffalo Wild Wings in Savoy, Ill., and the national chains Portillo’sand Outback Steakhouse.

“For consumers, the message of our ‘Tweet-to-Win’ contest is, ‘capture the deliciousness in 280 characters and you can fry in style – at home,’” said Eric R. Gustafson, Coast Packing CEO.  “Back in the day, beef fat fries were what made a certain major burger chain famous.

“In terms of freshness, flavor and texture, there really is no comparison to beef tallow French fries, which is exactly why we’re so delighted when consumers can taste for themselves,” Gustafson said.  “Toward that end, we at Coast Packing are continuing our efforts to demonstrate that animal fats like tallow are tasty, traditional and amazingly palate-pleasing.  We encourage everyone to tweet their love for French fries fried in beef tallow far and wide.”

To participate, entrants cited out their favorite place to get French fries fried in beef tallow by including the hashtag #BeefTallowFrenchFriesand tag @CoastPackingCo.  Participants were encouraged to include a picture of the French fries along with the tweet. Coast Packing selected the winning tweet based on originality and creativity.