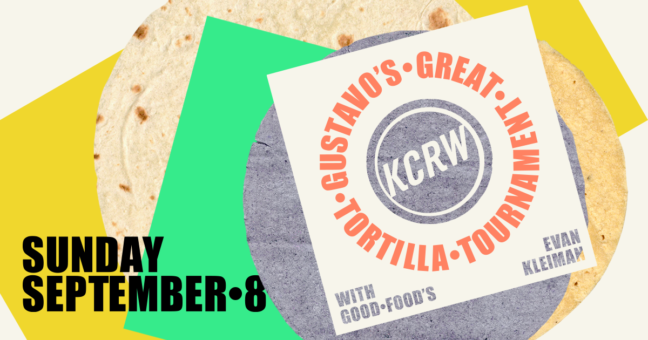 Coast Packing Company, the West’s largest supplier of animal fat shortenings – an enterprise whose VIVA® lard has launched literally tons of tortillas — today announced that the company has renewed its sponsorship of KCRW & Gustavo’s Great #TortillaTournament (https://kcrw.co/2MpQxmL), the second installment of a no-holds-barred challenge that pits some of Southern California’s most iconic tortilla brands against each other to determine definitively which one reigns supreme.

This month and into next, Gustavo, Evan and KCRWers Connie Alvarez and Nick Liao are eating their way from Santa Barbara to Indio to San Juan Capistrano and all points in between as they try to find 2019’s best corn and flour tortillas. Scouring supermarkets, restaurants and taco trucks throughout Southern California, the team will seed 64 entries, 16 from returning vendors from last year and the remainder new to the competition.  Tortilla diversity remains a priority: handmade and machine-produced, old and new, restaurant and market, powdery, buttery. Chicano, Sonoran, Tex-Mex.

“At Coast, we’ve developed a particular interest in helping those in Southern California taste the difference between food prepared with animal fat shortenings like lard and beef tallow and alternatives like highly processed vegetable oils,” said Eric R. Gustafson, Coast Packing CEO.  “Not only is lard a traditional ingredient in the preparation of flour tortillas, it is also a traditional ingredient in many of the fillings for burritos and tacos, such as carnitas, refried beans, and many more.”

Like last year, the tournament format is straight out of a sports playoff: 32 corn, 32 flour, split into four brackets of 16.  Within those brackets, every tortilla is assigned a seed, so that the highest-ranked tortillas go up against the lowest-ranked ones in the early rounds.   Each week, tortilla mavens can check online and by listening to “Good Food” for the latest updates and stories.  As the 64 contestants are whittled down to 32, then 16 and so forth, the team will offer tasting notes.  (To see this year’s bracket, click here.)

“We’re celebrating tortilla culture in Southern California,” Arellano said, “and to push restaurants, taco trucks and home cooks to up their game, so we eaters can enjoy the best tortillas possible.”