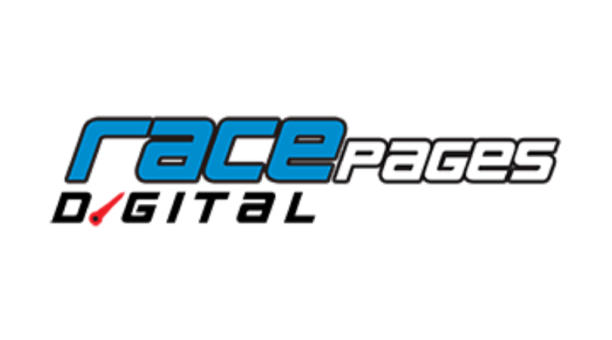 There are many reasons why we get behind the wheel of a race car. Some of us are born into the lifestyle and enter competition from the time we can turn a wheel. Some simply jump into the practice to satiate their need for the thrill of competition. By the time one graduates to the world of VP Racing Fuels Xtreme Pro Mod, he or she likely has many races under his or her belt and has experienced victory and defeat, speed and g force. In 2018, both California’s Eric Gustafson and Indiana’s Jeff Rudolf joined the VP Racing Fuels Xtreme Pro Mod ranks, and we decided to find out just what it took to get there, and how the experience compared to their previous efforts on track.

Manhattan Beach, California’s Eric Gustafson rose to the top of the radial-tire contingent in the NMCA West series and decided to head east to prove he could compete anywhere in the country. He did just that, taking the NMCA Street Outlaw championship in 2015. Ever building on his success, Gustafson sought to step up to Radial Wars, but delays in his build and a reassessment of the classes led him to Xtreme Pro Mod.

Two-time Street Outlaw champion Eric Gustafson was looking to take a bigger step after claiming Street Outlaw titles both in the NMCA and the NMCA West series. His next step began with a move to NMCA Radial Wars where the powerplants are Pro-Mod powerful, but stuffed into a stock-bodied vehicle. Gustafson put his championship-winning hatchback Mustang up for sale while a new Fox-Body coupe went under construction. Powering the Radial Wars-bound machine was a blown Hemi with a Liberty’s four-speed bolted to the back of it.

“The car took a little longer than we were anticipating,” recalled Gustafson. “As I looked at the progression of the classes, Pro Mod had a much greater audience for promoting our company, Coast Packing. The decision was made to go Pro Mod racing, as we felt it was a much better platform for getting our marketing message across.”

The engine that was to go in the Radial Wars machine was put into service on the Pro Mod, and that 526ci Brad Anderson Enterprises Hemi fronted by a ProCharger F-3X-136 has proven to be a formidable combination.

Gustafson’s team is the same one he’s worked with through his Street Outlaw endeavors, and includes Cam Hensley, John Urgo, Jason Lee and Patrick Barnhill of PTP Racing, and Tim Lyons.

“Tim has been playing an integral role in maintaining the car and finding ways to improve upon what has already been a great car, Gustafson noted. “We’re all very strategic about what we want to do.”

Testing ahead of the 2018 season showed promise in the combination while Gustafson got a handle on driving the new rocket. At the first race of the season in Bradenton, the Camaro charged a 3.91 to qualify 13th, but Gustafson took himself out in the first round by going red at the start. Luckily, things would head in a better direction at the next race.

Gustafson brings a positive-minded, business acumen to his racing program, so it should be no surprise that he found success in his first season in the VP Racing Fuels Xtreme Pro Mod category. He hopes to build on that success for the 2019 season, and also mentioned that this could be his last year behind the wheel, as he looks to focus on family and the family business going forward. The Coast Packing Camaro could perhaps have another driver then, with veteran Larry Morgan looking good as the front-runner for the job.

Four weeks later, Atlanta would be a much different story with Gustafson qualifying 5th with an improved 3.81. After four rounds of eliminations, the Coast Packing Pro Mod team found themselves in the Aerospace Components winner’s circle capturing not only the NMCA Victor trophy for the event win, but also logging the quickest and fastest pass ever for a centrifugally supercharged car at 3.75 seconds at 200 mph. Throughout the rest of the season, the team could not get back into the 3.70s and found themselves out more often than in when it came to going rounds.

So what was it like from a driver and team owner’s perspective to step into the Xtreme Pro Mod ranks? Here’s what Gustafson had to say:

“I think when you look at it from a driving perspective, driving a Pro Mod and going sub .960-seconds in the first 60 feet and pulling 3.5 g’s, it can be a handful. You’re literally trying to be in a controlled spin—you want wheel speed and forward momentum at the same time, and try to get the tire round as soon as possible. Radial tires are handful in a different way, but once you hook that up, it usually goes straight, especially with the track prep today. One of the blessings in disguise for me was that I hadn’t driven a car in over a year and basically had to start over again. I didn’t need to compare it to before, and maybe didn’t bring some bad habits with me.”

We also asked Gustafson to tell us what he liked about the small-tire car and what he likes about his tube-chassis machine.

“I like working with limitations with the small-tire car. You don’t have the ability to set the suspension up like you would with a tube-frame chassis. There were additional mounting holes to change the geometry, but your still dealing with limitations. I feel in some of the stuff we did, running 1.03 60-ft times at 3,100-plus pounds is no joke on a 275 radial. If you look back at what I was racing when I was 16, it was a natural progression and the change to Pro Mod was a great opportunity to see personal growth as a driver and a great opportunity for marketing the Coast Packing brand.”

During a test session in January of 2019 at Bradenton Motorsports Park and with hired gun Larry Morgan behind the wheel, the team lowered the Camaro’s best elapsed time to a 3.67 at 200 mph. An improved chassis setup helped drop the 60-ft time from .960s to .920s, and a new Noonan Ultimate Race Engineering Hemi powerplant combined with ProCharger’s F3X-140 blower is making more power for the team. “We discovered some things we did incorrectly last year, and now we’re on the right path,” Gustafson told us. “The car drives a whole lot better now.”

Gustafson likes the Pro Mod’s overall versatility with they can do from a racing perspective.

“Whether it’s a live feed or people in the stands, you’re getting a tremendous amount of eyes watching and the promotional opportunities for the company to expose our name and brand to a greater audience of people.”

With one event win under his belt, Gustafson will be looking to improve upon that record for the 2019 racing season as he looks to compete in both the NMCA and PDRA series.

“I’m willing to put all of the work necessary to make our company better, as well as our race program. Philosophically, it’s the only way to do it in our opinion. You’re creating a culture of continual success and improvement. Those parallels run down the same path. We expect nothing but the best from all of our team. We will put the work in necessary to see that the success is achieved. It’s no different than what we do at my company and working with the employees at Coast Packing.”