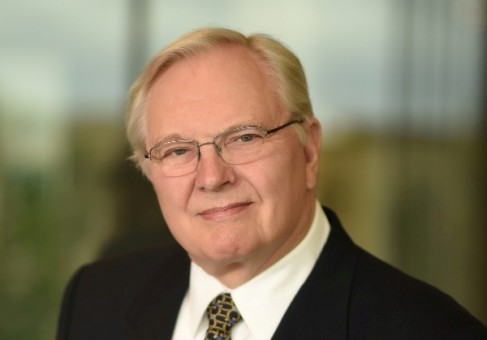 Ron Gustafson, a third-generation family member actively involved with Coast Packing Company (Coast), is President and Chairman of the Board.  Now celebrating his 50th year of employment at Coast, he is the family patriarch and was responsible for rebuilding Coast into the number one supplier of animal fat shortenings in the Western United States.  Under his leadership and strategic direction, he built the executive and management team, improved the company’s facilities, and modernized production, enabling the business to continue to thrive for future generations.

Gustafson first worked at Coast during the summer of 1955 at the age of 12. His first job involved packaging bacon for retail and supermarket chains. He fondly recalls his first pay raise negotiation with his grandfather and Coast’s founder, Anton Rieder.  The result was an increase from $1.00 to $1.10 per day — with Mr. Rieder reminding him it was a 10 percent raise.

Gustafson received a Bachelor of Arts degree in Industrial Technology from California State University, Los Angeles, and a secondary teaching credential from the State of California in 1968.  After two years in the U. S. Army, he rejoined the company full-time in October 1970 and received his MBA from Pepperdine University in 1982.

For 20-plus years, Gustafson served as a director of WSMA and NMA, the predecessor trade associations of the North American Meat Institute (NAMI).  He chaired numerous committees, including long-range strategic planning, membership and education. More than 20 years ago Gustafson helped establish and lead the WSMA/NMA Scholarship Foundation, now the NAMI Scholarship Foundation, and serves as Emeritus Director. The Scholarship Foundation provides monetary awards to undergraduate students majoring in the animal, meat and food sciences plus culinary arts.  In August 2018, the Scholarship Board of Directors surprised Gustafson by endowing the Ron Gustafson Scholarship in his honor.  Always a supporter of fostering the next generation of leaders, Gustafson enjoyed his role as a CAP mentor at the USC Marshall School of Business for 18 years.  For more than 10 years, he also served on the board of the Institute of Shortenings and Edible Oils (ISEO).  In late 2019, Gustafson was named by the Vernon Chamber of Commerce as the first recipient of Vernon’s Citizen of the Year Award.

Gustafson’s personal interests include philanthropy, collecting Western American historic books and maps, and classical music.  He served in numerous leadership roles of three organizations – the Jonathan Heritage Foundation, the Los Angeles Railroad Historical Foundation and the San Bernardino Railroad Historical Society.  Formerly treasurer of the Neighborhood Music School in Boyle Heights, he currently serves as a board member of the Finance Committee.  He enjoys spending time with his wife, children and six grandchildren.