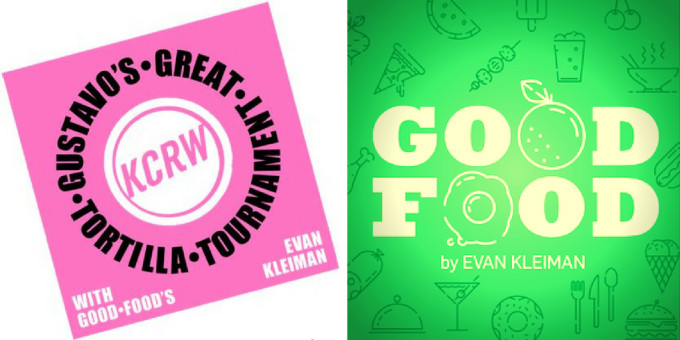 While we’ve all been going about our late summer business, Taco USA  author Gustavo Arellano (@gustavoarellano) and KCRW Good Food (@KCRWgoodfood) host Evan Kleiman (@evankleiman) and their team have been devouring tortillas around SoCal as part of Gustavo’s Great#TortillaTournament – an event, sponsored by Coast Packing Company, the West’s largest supplier of healthy animal fat shortenings, that wraps up this Sunday, Sept. 16.

Gustavo’s Great #TortillaTournament is a no-holds-barred challenge that pits some of Southern California’s most iconic tortilla brands against each other to determine definitively which one reigns supreme.  The final face-off will take place on Sunday, from 3 p.m.-7 p.m. at the Los Angeles River Center & Gardens, 570 W. Ave 26 #100, in the Cypress Park neighborhood of Los Angeles.  Broadcast live on KCRW from 3 to 6, the festivities will include music, micheladas, food trucks and even tortilla art courtesy of Joe Bravo. The event is free; to RSVP—do so here.

Gustavo, Evan and their team have spent the month scouring Southern California for the best corn and flour tortillas, visiting supermarkets and mercados, restaurants and factories, new spots and places that have been around for generations, using the following criteria: does the tortilla reheat well?  Will it quesadilla?  And how does it taste? Fittingly, the winner will take home an actual golden tortilla.

“At Coast, we’ve developed a particular interest in helping people taste the difference between food prepared with healthy animal fat shortenings like lard and beef tallow and alternatives like highly processed vegetable oils,” said Ernest Miller, Coast Packing Corporate Chef.  “On the big question — corn or flour?– we’re not exactly neutral.  Not only is lard a traditional ingredient in the preparation of flour tortillas, it is also a traditional ingredient in many of the fillings for burritos and tacos, such as carnitas, refried beans, and many more.  Tortilla chips taste best fried in authentic lard.”

At Friday’s event, Gustavo, Evan and fellow KCRW’ers Nick Liao and Connie Alvarez will decide the results of a competition that has matched up tortillas from Riverside to Azusa to Santa Ana to the San Fernando Valley.  The tournament format is straight out of a sports playoff: 32 corn, 32 flour, split into four brackets of 16.  Within those brackets, every tortilla was assigned a seed, so that the highest-ranked tortillas go up against the lowest-ranked ones in the early rounds.