Home > Coast Blog > Press > Coast in The News > Pie crust 101: Tips and tricks for taking your crust to the next level

Pie crust 101: Tips and tricks for taking your crust to the next level 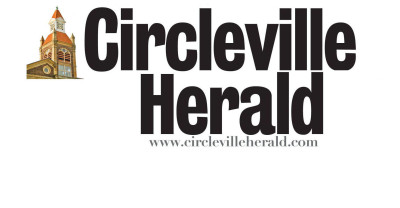 When I tell people I grew up in a family of pie bakers, it’s easy to imagine I’m bragging. My mother’s pies are legendary — rich, velvety custard fillings or mounded fruit pies, each cradled in an ornately decorated crust, golden and with the most delicate layers. And don’t get me started on my grandmother; in her day, she was known as the “Pie Baker of Villa Park,” a small suburb west of Chicago.

When I went to start baking my own pies, I didn’t think much about it. Pie-making was something my family took for granted. But then I sliced into that first homemade pie — it was pumpkin, brought to a work potluck — and found to my horror not a perfect take-for-granted pie, but a bubble of raw dough beneath the layer of filling. There are some mistakes not even a truckload of whipped cream can cover.

A dozen or so years later, a career change, several restaurant and catering jobs and a few hundred pies later, my skills have improved — though they still don’t quite match those of my mother or grandmother. But I’ve learned a lot and continue to pick up tips. Recently, I spoke with some experts and tested more than a dozen combinations of fats, flours, ingredients and tricks. Here are my results.

Passionate pie bakers tend to have a religious zeal about what type of fat goes into their crusts, and not without good reason.

“Fats and shortenings are absolutely critical to pies,” says Ernest Miller, research and development chef at Coast Packing Co., a major supplier of animal fats and shortenings for cooking, baking and frying based in Vernon. The type of fat determines flavor and can influence the final texture and color of the crust. Bakers tend to use one of three kinds — butter, shortening or lard — or a combination. But which, and why?

Lard is among the most traditional of kitchen fats, once made from heritage pigs specifically bred for their fat. “In certain points in our history, lard was actually more expensive than pork,” says Miller. Never mind the cost of butter. “You wouldn’t be using butter for baking unless you were wealthy.”

Miller notes that shortening, with the introduction of Crisco in 1911, was created to mimic the effects of lard, but at a fraction of the price. “An all-Crisco crust will give you the best border,” notes Rose Levy Beranbaum, author of “The Pie and Pastry Bible,” “but I don’t use shortening, because there’s no flavor.”