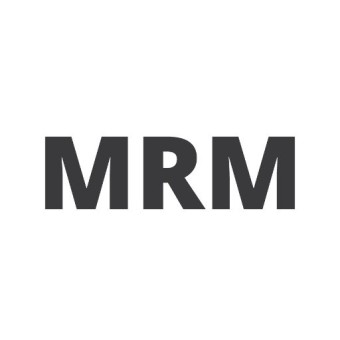 Multi-hyphenate Ernest Miller is adding another title: Corporate Chef. Miller, who has been called “the Huell Howser of California food” and is a chef, historian, educator, consultant and speaker recently joined Coast Packing Company to educate consumers and the market at large about the merits of minimally processed animal fats such as lard and beef tallow. Now marking its 95th year in business, Coast Packing is the number one supplier of animal fat shortenings in the Western United States.

Miller is the co-leader of Slow Food Los Angeles, a member of the speakers’ bureau for the Culinary Historians of Southern California, lecturer for the National Food and Beverage Foundation, director of Slow Food Preservers of Los Angeles County and founder of Rancho La Merced Provisions LLC, a manufacturer of fermentation kits. Formerly a chef instructor for Le Cordon Bleu Los Angeles, he was educated at the United States Naval Academy and Yale Law School.

As Coast’s Corporate Chef, Miller will help establish the company’s new test kitchen, create recipes original to Coast, compile farm-to-table cookbooks, develop tutorials around cooking with lard and beef tallow, speak at consumer and industry events, and contribute to Coast’s leadership within the Healthy Fats Coalition among other initiatives.

In this edition of MRM Talking With, we chew the fat with Miller about why he wanted to take on this new role, the importance of narrative and history in food and why he wants to make french fries great again.

What intrigued you about joining Coast Packing as its first Corporate Chef?

I could not think of a better position than Corporate Chef for Coast Packing. Coast is the Western U.S.’s largest producer of lard and beef tallow, two of the most amazing, versatile ingredients to work with. As a supporter of sustainable agriculture, of snout-to-tail cooking, Coast Packing ensures that no part of the animal is wasted.

Why burn more rainforest to grow palms for palm oil when we can use already available animal fat instead? As a historian, I love featuring our culinary and cultural heritage through use of these traditional cooking fats – especially given that Coast Packing is celebrating 95 years in Southern California. As a chef, I am excited to help bring these healthy, natural animal fats back to the forefront of cooking. I can’t believe my luck that I was offered this opportunity just as animal fats are rapidly increasing in popularity. Fat is flavor and you don’t get much more flavorful than lard and beef tallow.

What are some of your plans for the role?

First and foremost, I intend to be an evangelist for cooking with lard and beef tallow. Wherever there is an opportunity to teach about the advantages of healthy, natural animal fats, whether for restaurants, manufacturers or consumers – I’ll be there.

Just as important, we are building a test kitchen here at Coast Packing where I will be able to develop original recipes, create video and other media teaching how to use our product and showcase the versatility of these ingredients. The kitchen will also serve as a laboratory, where we can perform testing to demonstrate quantitatively the advantages in quality and economy of using lard and beef tallow in cooking.