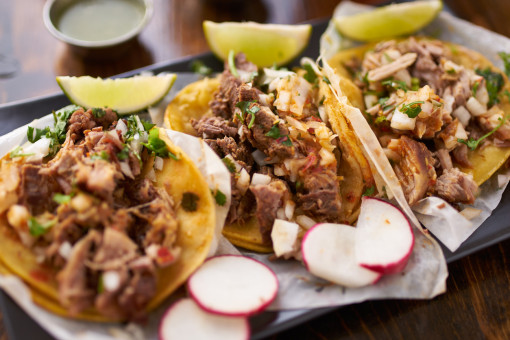 Offered by the West’s Leading Supplier of Animal Fat Shortenings, Lard is the Secret to Recipes for Mexican Classics

Cinco de Mayo, which marks the surprise defeat of Napoleon III in Mexico in 1862, has become a celebrated foodie holiday — but it’s no surprise that lard remains a staple of traditional Mexican cooking.

So says Coast Packing Company, the leading supplier of animal fat shortenings in the Western U.S., including the popular VIVA brand. “Lard brings out authentic flavors like nothing else,” said Eric R. Gustafson, CEO of the 95-year-old company. “We believe in minimally processed food, which is also why lard is such a mainstay of so many Mexican dishes, from freshly made tamales to long-simmering carnitas. Home-based cooks are always wise to avoid industrially-produced partially hydrogenated fats in favor of animal fat shortenings, which have the benefit of being consistently delicious and promoting health.”

With appreciation to The Paupered Chef, Holistic Squid and Visit San Antonio, Coast extends warm wishes to all of those celebrating this Cinco de Mayo. The recipes follow:

Slow Cook Carnitas – Gifting You with My Labor of Love

Save the used lard in the fridge (for a few weeks) or freezer (for much longer) for your next few batches of carnitas. The flavor of the seasoning stays in the fat, so each batch gets progressively more delicious!