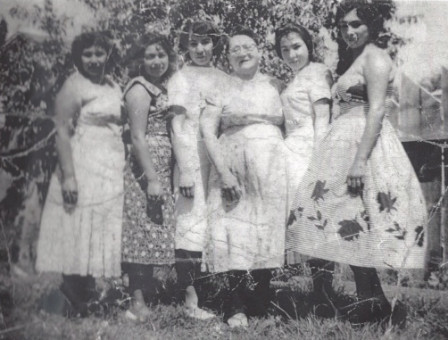 Whether Your Pleasure is the Gridiron or Goblins, El Aviso Magazine’s Kathy Jurado And West’s Leading Supplier of Animal Fat Shortenings Say Lard is the Trick

VERNON, Calif. (October 6, 2016) – It’s the season for tailgate parties and trick or treating, so Coast Packing Company, the leading supplier of animal fat shortenings in the Western U.S. – with an assist from El Aviso Magazine’s Kathy Jurado – is thinking carnitas tacos (football potlucks) and pumpkin squash empanadas (Halloween, of course).Just like momma used to make. Literally — thanks to Kathy, Contributing Writer for El Aviso Magazine, who graciously provided two family recipes to Coast for the occasion.

“What both recipes have in common – aside from awesome taste – is lard,” said Eric R. Gustafson, CEO of the 95-year-old company and an advocate of healthy animal fats in the American diet. “Each will get you into the feel of fall – and they affirm our belief that natural, minimally processed food is the way to go. It’s always wise to avoid industrially-produced partially hydrogenated fats in favor of animal fat shortenings, which have the benefit of being consistently delicious and, in moderation, promoting health.”

Use your favorite frying pan or grill, and set it on medium heat /flame. With a butter knife, spread the lard on both sides of the corn tortilla, and place it on the heated pan or grill. Allow each side to soften by turning it over from one side to the other, two times. Do not allow the tortilla to harden before you have softened it. Let the corn tortilla sit on one side until it begins to harden. Do not let the shell close; use a cooking utensil to hold the shell open when flipping it over.
Let both sides harden; remove hardened shell and place on plate with the open side of the taco down. There’s no need to drain your shell, since it’s not deep fried. Tacos always taste better when warm; fill it with anything you want — carnitas, fish, a veggie concoction, cheese, chorizo, whatever. Here, the shell’s the thing.

First melt the butter, add the brown sugar, and then stir together in a saucepan. Once they are devolved together, add pumpkin puree and spices. Stir for about 10 minutes or perhaps a few more; all told, it should take 10-12 minutes until the puree mix thickens. With this thicker mixture, remove the pan from the stove and let it cool off. Once it has cooled, put it in a bowl and set inside the refrigerator. Let it cool completely for 20 to 30 minutes. It can sit for as long as necessary.

Mix the dry ingredients together first. Then add the lard and mix it together again. Make sure all the ingredients are mixed into small crumbles. Next add the eggs, milk and sugar. Mix everything together and once you have a firm consistency, wrap it in a plastic bag tightly and then put in a cool place (preferably the refrigerator) for 15 to 20 minutes. Pre-heat the oven to 350 degrees. Prepare your baking pan with lard and flour (very lightly), or spray — whatever you prefer.

Rolling out the dough:

Take the dough and start to separate it into small balls. Make sure to lightly flour your working counter to ensure the dough doesn’t stick to the work area. Roll out your separated dough balls. By applying light pressure to the rolling pin and rolling outward, in four directions, the dough should come out round.

Remove the pumpkin mix from the refrigerator; it should be cool and slightly thicker. Add the pumpkin mix to one side of the rolled dough. Fold the other end of the dough over the filling. Using a wet fork, seal off the edges of the empanada. Brush the outside of the empanada with egg whites and sprinkle with sugar. Use the fork to poke a few small holes in the top of the empanada to allow steam to escape and the inside to cook along with the outside. Depending on the size of the empanada, you should have one dozen to two dozen treats. Bake for 15 to 20 minutes. Make sure the empanada is light brown in color and has a firm texture, then remove from the oven and let cool.Enjoy for Halloween (or anytime!).