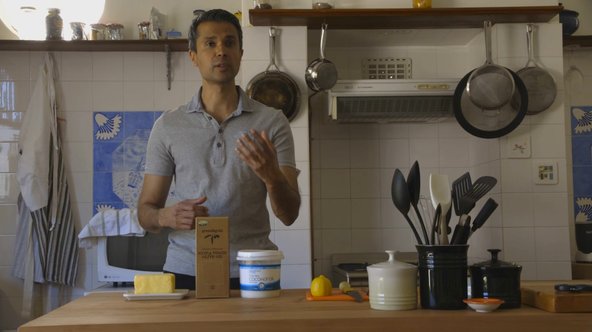 Every morning, British cardiologist Dr. Aseem Malhotra stirs one tablespoon of butter and one tablespoon of coconut oil into his coffee.
While it may not sound appetizing, the concoction — also known as “bulletproof coffee” — is popular among people who follow high-fat diets and modeled after yak-butter drinks consumed in Tibet for centuries. The combination, says Dr. Malhotra, gives him energy and “keeps me pretty full.”
There are not many cardiologists who embrace butter and coconut oil as health foods. But Dr. Malhotra rejects the decades-old mantra that eating foods rich in saturated fat causes heart disease, and he has been leading a campaign to change public opinion about fats, sugar and what constitutes a healthy diet.
“As part of a heart-healthy diet, I advise my cardiac patients to enjoy full-fat cheese, along with olive oil and vegetables,” says Dr. Malhotra, who regularly indulges in grass-fed meat and three-egg omelets, yolks included. “You should see the look on their faces when I tell them.”
Dr. Malhotra, who works with Britain’s National Health Service, is among a small but increasingly vocal group of doctors in the United States and Britain who are challenging the medical and nutritional orthodoxy around fat, carbohydrates and calories. He has been a fixture on social media and on television programs in Britain, thanks in part to a series of controversial papers he published in medical journals arguing that saturated fat, especially from dairy, can be protective against heart disease, that sugar is “public health enemy No. 1” in the Western diet, and that the dangers of high cholesterol are overstated.
Read the rest of the article here