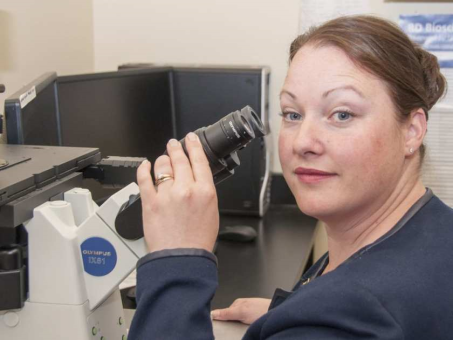 Mice fed four distinct high-fat diets showed dramatically different immune responses and some suffered from inflammation in the gut, according to a study published by scientists from the University of B.C. Okanagan.

The results might surprise you. When infected with the bacteria Citrobacter rodentium, which induces inflammatory bowel disease, mice fed a corn-oil diet rich in Omega-6 fatty acids showed inflammation and damage in the gut, said lead author microbiologist Deanna Gibson. A diet rich in olive oil had a protective effect.

“We tend to vilify all fats,” she said. “Especially those that are saturated, such as butter. However, our research has actually shown that some of these fats are protective in inflammatory diseases such as colitis, Crohn’s disease and inflammatory bowel disease (IBD).”

Government warnings about saturated fat and messaging on the benefits of vegetable-based oils were driven by industry rather than science, especially in the U.S.

“The world of nutrition science is a mess and very little real research has been done on the effects of fats on the gut,” she said. “When I started to look into it, the research that had been done, even on cardiovascular disease, the science just wasn’t there to support dietary recommendations. I was shocked.”

Nonetheless, the food industry has produced thousands of low-fat products and two generations of consumers have been trained to avoid fat, especially animal fats containing cholesterol.

“We vilify fats and put them all in the same bin, but different fats have very different effects physiologically,” she said. “They aren’t all bad.”
Extreme fat avoidance could put a person at risk of immune dysfunction and adverse effects on brain function, Gibson said.

The U.S. Dietary Guidelines Advisory Committee last year dropped its restriction on cholesterol, conceding that dietary cholesterol has little effect on blood-serum levels for the vast majority of people. Committee members — and nutrition scientists — remain divided on the issue of animal fats.

But Gibson’s results are only the latest in a series of studies that show so-called “heart-healthy” vegetable oils rich in Omega-6 fatty acids can inflict damage to the gut and the heart. Corn, cottonseed, soybean and sunflower oil contain extremely high ratios of Omega-6 to Omega-3 fatty acids and all are widely used by restaurants and food processors.

“Vegetable-based oils … were promoted to the public as a healthier alternative to animal-based fats, but there was never any research that said they are any healthier,” said Sanjoy Ghosh, Gibson’s spouse and co-author.

In fact, recent research has linked excessive levels of Omega-6 to colitis, insulin resistance, diabetes and obesity. The polyunsaturated fats in vegetable oils have only been added to the human diet relatively recently, roughly coinciding with a steady rise in diet-related illness, he said.