Home > Coast Blog > Health > From Duck Fat to Peanut Butter, and Even Lard: Nutritionist Reveals the ‘Naughty’ Foods That are Actually Good for You

From Duck Fat to Peanut Butter, and Even Lard: Nutritionist Reveals the ‘Naughty’ Foods That are Actually Good for You 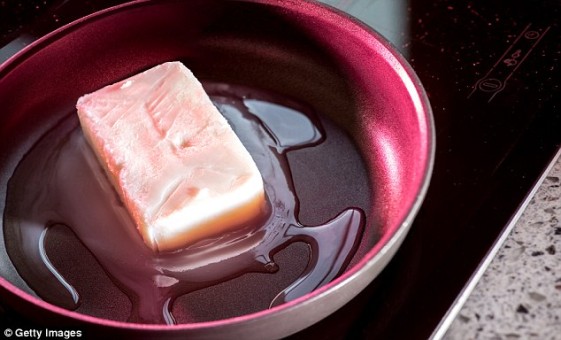 They’re the foods that, until now, have been given a bad wrap.

But nutritionist Louise Cavanough revealed a surprising number of ‘naughty’ foods are actually healthier than you think.

The most surprising additions to the list are gelatin, duck fat and lard, with Ms Cavanough telling Buro 247 the foods have a number of nutritional benefits.

For many people watching what they eat, anything that contains a high amount of fat is an immediate no go.

So it’s little surprise duck fat has earned itself a place on the seemingly ‘naughty’ list.

The fat also undergoes little processing, making it the perfect addition to your roast potatoes.

Coming up next is lard.

Made from pig fat, lard is right up there with duck fat when it comes to unpopular perceptions.

But lard can actually be used in a number of dishes, such as pastries, or as an alternative for olive oil when roasting vegetables.

In terms of benefits, Empowered Sustenance said lard is high in vitamin D and is a healthy source of cholesterol.