For the Rio Games, Coast Packing Serves Up Trio of Brazilian Recipes That Turn Lard into Gold 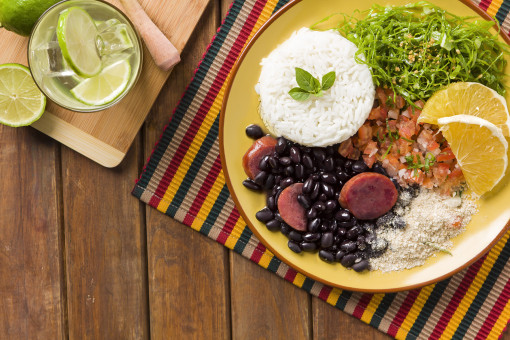 For the Rio Games, Coast Packing Serves Up Trio of Brazilian Recipes That Turn Lard into Gold

VERNON, Calif. (July 27, 2016) – While most of us won’t be able to get to Rio for the Summer Olympic Games, we can all be there in spirit – and in the kitchen – thanks a trio of lard-specific recipes offered via Coast Packing Company, the leading supplier of animal fat shortenings in the Western U.S.

“Whatever your favorite event, the Olympics are a feast for sports buffs, and that isn’t limited to TV programming,” said Eric R. Gustafson, CEO of the 94-year-old company and an advocate of healthy animal fats in the American diet. “While the Olympic are a global happening, Brazilian cuisine represents a definite break from typical summer fare. These recipes will enable you to get into the spirit of the Rio Games – and they affirm our belief that natural, minimally processed food is the way to go. It’s always wise to avoid industrially-produced partially hydrogenated fats in favor of animal fat shortenings, which have the benefit of being consistently delicious and, in moderation, promoting health.”

With appreciation to flavorsofbrazil, portuguesemassa, and myrestaurant.pt, Coast extends best wishes to all the Olympic athletes and their fans. The recipes follow:

Using a cast-iron Dutch oven, kettle or deep frying pan, melt the lard over medium-low heat. You should have at least 2 inches of fat in the bottom of the kettle or pan. When the fat is entirely melted, increase the cooking temperature and heat until the fat is hot but not smoking.

Add the chunks of pork, stir once or twice to completely coat the meat with fat and fry, stirring only very infrequently, until the meat is browned and crispy on all sides. When the meat is cooked, remove from the pan with a slotted spoon, and drain thoroughly on paper towels. Let cool to room temperature and reserve. The pork can be served at room temperature, or it can be reheated in a dry, well-seasoned cast iron pan before serving.

The day before cooking the feijoada, place all the salted meats in a large pan, and cover with cold water. Refrigerate. Change the water every three hours, for minimum 24 hours. Drain thoroughly.
In a very large kettle or bean pot, place the beans, the meats and sausages, the cilantro and green onions tied together, the bay leaves, the cachaça, and the orange. Cover with cold water, bring to a boil over medium heat. Continue to cook over low heat. As each meat in turn becomes fully cooked and tender (test with a fork) remove from the kettle, let cool, cut into bit-size pieces, and reserve.

When the black beans are fully cooked and soft (about 1.5 – 2 hrs.), remove one cup of beans and cooking liquid, and blend until smooth in a blender. Return 1/2 cup of this mixture to the beans in the kettle to thicken the cooking liquid.

In a large frying pan heat the lard, and cook the bacon in it until browned and crispy. Remove the bacon cubes, and in the same lard, fry the garlic and onion until soft and transparent, but not browned. Remove from heat, then stir in the reserved 1/2 cup of the blended beans. Stir entire contents of frying pan plus the reserved meats and bacon, into the beans in the kettle. Let cook over low heat for 20 minutes for flavors to blend.

Chop the pork’s meat in 10 cm cubes, which are put to marinate for 2 hours in the wine, the crushed garlic, salt pepper and bay leaves. Bring to heat (preferably in an iron pot) and let stew in high heat until the wine from the marinade evaporates. Add the lard and in low heat, let the meat stew until it is well seared. After that, add the paprika, previously dissolved in a bit of wine, to the sauce. Remove a bit of the fat in the pot, and fry the tripe, chopped in 3 to 5 cm pieces, and the 0.5 cm thick sliced belouras, as well as the slices of liver and boiled blood. As these ingredients get fried, add them to the meat, to keep them warm. Add the baked chestnuts, already peeled. Serve with fried potato cubes, lemon slices and parsley.