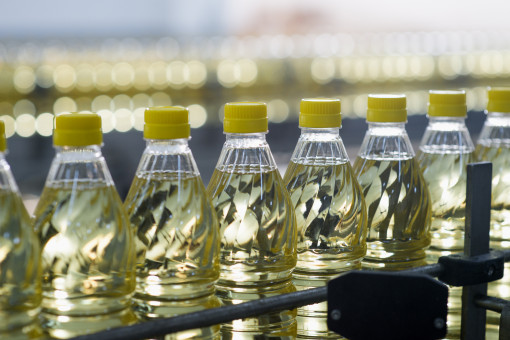 Glycerol-based process contaminants found in palm oil, but also in other vegetable oils, margarines and some processed foods, raise potential health concerns for average consumers of these foods in all young age groups, and for high consumers in all age groups.

The highest levels of GE, as well as 3-MCPD and 2-MCPD (including esters) were found in palm oils and palm fats, followed by other oils and fats. For consumers aged three and above, margarines and ‘pastries and cakes’ were the main sources of exposure to all substances.

EFSA’s expert Panel on Contaminants in the Food Chain (CONTAM) considered information on the toxicity of glycidol (the parent compound of GE) for its risk assessment of GE, assuming a complete conversion of the esters into glycidol following ingestion.

Dr Helle Knutsen, Chair of the CONTAM Panel, said: “There is sufficient evidence that glycidol is genotoxic and carcinogenic, therefore the CONTAM Panel did not set a safe level for GE.”

The Panel concluded that GE is a potential health concern for all younger age groups with average exposures, and for consumers with high exposure in all age groups.

“The exposure to GE of babies consuming solely infant formula is a particular concern as this is up to ten times what would be considered of low concern for public health,” said Dr Knutsen.

The Panel’s review revealed that levels of GE in palm oils and fats halved between 2010 and 2015, due to voluntary measures taken by producers. This has contributed to an important fall in consumer exposure to these substances.

Exposure to 3-MCPD over safe level; insufficient data on 2-MCPD

“We have set a tolerable daily intake (TDI) of 0.8 micrograms per kilogram of body weight per day (µg/kg bw/day) for 3-MCPD and its fatty acid esters based on evidence linking this substance to organ damage in animal tests,” explained Dr Knutsen. She added that, “the toxicological information is too limited, however, to set a safe level for 2-MCPD.”

Estimated average and high exposures to 3-MCPD from both forms for young age groups including adolescents (up to 18 years of age) exceed the TDI and are a potential concern for health.

Palm oil is a major contributor to 3-MCPD and 2-MCPD exposure for most individuals. Levels of 3-MCPD and its fatty acid esters in vegetable oils were largely unchanged over the last five years.

This risk assessment will inform risk managers in the European Commission and Member States who regulate EU food safety. They will use EFSA’s scientific advice to consider how to manage the potential risks for consumers from exposure to these substances in food. The Panel has also made several recommendations for further research to fill data gaps and improve the knowledge on the toxicity of these substances, particularly 2-MCPD, and on consumer exposure to them through food.