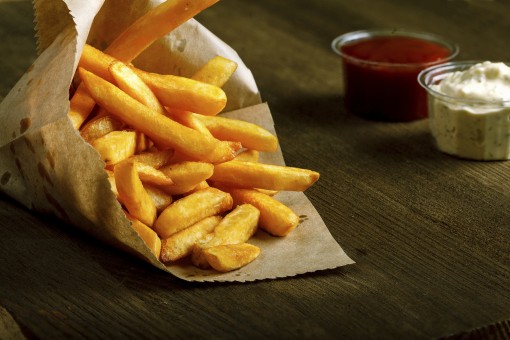 As May 28 Celebration Approaches, West’s Largest Supplier of Animal Fat Shortenings Says There’s No Better Accompaniment to Our Favorite Sandwich

Never mind apple pie – what could be more American than a hamburger?

With the NPD Group reporting that more than nine billion were sold at U.S. restaurants in 2014, there’s only one thing left to do this Saturday, May 28, National Hamburger Day (#NationalHamburgerDay).

And while you’re at it, says Coast Packing Company, the largest producer of animal fat shortenings in the Western U.S., make it an even happier meal by asking for French fries cooked in beef tallow.

“National Hamburger Day is the perfect kickoff to the Memorial Day weekend and the start of summer, “said Eric R. Gustafson, CEO, Coast Packing and an advocate of healthy animal fats in the American diet.  “And every burger deserves to be paired with French fries.  There’s nothing like the taste of fries made with beef tallow.  In fact, more and more restaurants are attesting to that by putting beef tallow on the menu.  Aside from the unbeatable flavor, it’s important to recognize the natural makeup of beef tallow.  Beef tallow doesn’t contain the artificial trans fats you find in hydrogenated shortenings, and animal fats are not subjected to chemical catalysts.  Neither are any harmful chemicals produced as a result of processing.

“We believe strongly that products like beef tallow are best when minimally processed, which is consistent with the whole movement in food and cooking right now, “Gustafson said.  “In addition, the monounsaturates in beef tallow are also higher than in other shortenings and oils, so there are real health benefits in their use.”