Foods Loaded With Sugar, Salt and Fat? Bring It 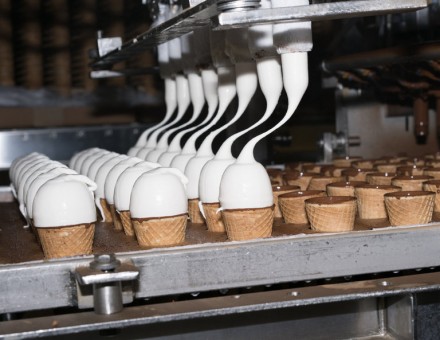 Dark chocolate is in. So, too, is beef jerky. And full-fat ice cream? You bet.

Driven by fast-changing definitions of what is healthy to eat, people are turning to foods they shunned just a couple of years ago. Studies now suggest that not all fat, for example, necessarily contributes to weight gain or heart problems. That has left companies scrambling to push some foods that they thought had long passed their popularity peak — and health advocates wondering what went wrong.

Under the new thinking, not all fat is bad, and neither are all salty foods. A stigma among the public remains for sugar substitutes, but less so for cane sugar, at least in moderation. And all of those attributes are weighed against qualities like simplicity and taste.

“I think the risk-reward equation has changed,” said Steve French, a managing partner at the Natural Marketing Institute, a research firm, said.

Edy’s ice cream, known as Dreyer’s west of the Rockies, is a case in point. Edy’s sold 10.8 percent more of its Edy’s Grand Ice Cream, a full-fat ice cream, in the 52 weeks that ended Feb. 21 compared with the year before, according to IRI, a data and research firm. Other full-fat ice creams also had sales gains.

Over the same period, Edy’s sold 4.8 percent less of its Slow-Churned Ice Cream, made with a process that lowers the fat content. When the product was introduced in 2004, it was promoted as having less fat and fewer calories — and sales soared.

Now, that sort of marketing is gone. Instead, the company has retooled some of its Slow-Churned products to make them with fewer ingredients and to include cane sugar rather than high-fructose corn syrup, which many consumers don’t like. Labels on those ice creams will also tell consumers that they contain no genetically engineered ingredients.

The devil, of course, is in the details of those new scientific findings. None of the new studies, for instance, recommend eating as much bacon as you want.

“The new definition of modern health is very different from the traditional view, which was to reduce fat, sugar and sodium,” said Robert Kilmer, president of Nestlé Dreyer’s Ice Cream, a division of Nestlé USA. “Healthy now is about what’s in my food and where did it come from.”