No Need to Hunt for a Recipe for That Easter Feast: Coast Packing Company Offers Ideas for Tasty, Lard-laden Treats 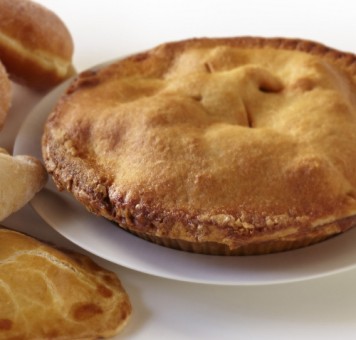 No Need to Hunt for a Recipe for That Easter Feast: Coast Packing Company Offers Ideas for Tasty, Lard-laden Treats

VERNON, Calif., March 10, 2016 /PRNewswire/ — Easter, so the saying goes, is the single time in a year when it is safe to put all your eggs in one basket – and Coast Packing Company, the leading supplier of animal fat shortenings in the Western U.S., says there’s no reason to limit your foraging to eggs.

Ahead of Easter brunches and dinners this March 27, Coast is offering a trio of recipes to make any table. “Easter is a time for traditional dishes and family get-togethers, with the kitchen as the center of the celebration,” said Eric R. Gustafson, CEO of the 93-year-old company.  “We believe in natural, minimally processed food, and there’s nothing quite like cooking from scratch.  Home-based bakers and chefs are always wise to avoid industrially-produced partially hydrogenated fats in favor of animal fat shortenings, which have the benefit of being consistently delicious and, in moderation, promoting health.”

With appreciation to Food.com, Put a Phork In It and GroupRecipes, Coast sends Easter best wishes to all.  The recipes follow:

Easter Pie is a quiche-like savory pie filled with eggs, cheese and meat.

To make pie crust: Mix flour, sugar and salt. Add lard with a pastry blender or in food processor. Slowly add liquid ingredients and mix until crumbly. Do not overmix; dough will get tough. Divide into 4 balls. Refrigerate for at least 1 hour. Roll out on floured board.

To make the pie: Preheat oven to 375°. Layer cubed ham and cheese in a pie plate lined with unbaked pie crust. (See pie crust recipe below.) Beat eggs, parmesan cheese and pepper in a small bowl. Pour egg mixture over ham and cheese. Place a top crust on pie and flute edges. Puncture top crust with a fork to vent. Bake for 55 minutes.

For the crust: (pasta sfoglia or pasta brise)

Preparation of the dough:

Preparation of the filling: