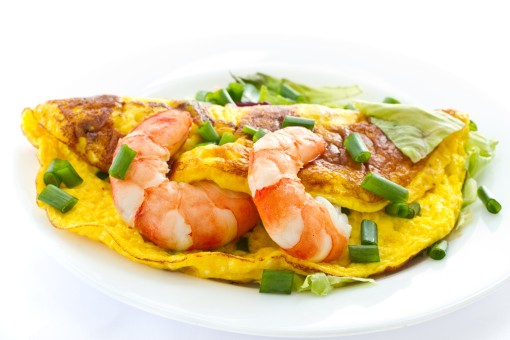 Put the sweet lard in the pan, and when hot throw in the mushrooms, which have been first washed and cut small. Cook for 5 minutes, then add the shrimp meat, which has previously been cooked and flaked. Cook for 2 minutes more. Beat 5 eggs and throw in the pan, and cook for 5 minutes, taking care not to burn, but do not stir or shake the pan, save very gently. Slip omelette off pan without breaking, and the mushroom and shrimp side up, or folded in two. Serve on a hot platter.