2016 Food Predictions: 14 Emerging Culinary Trends, Including the Return of Lard 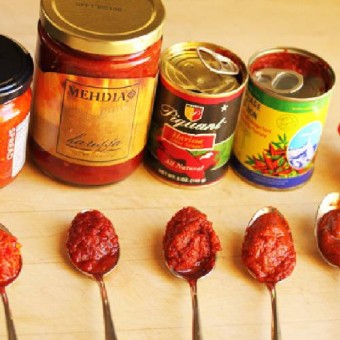 Sriracha is so yesterday. Gluten-free innovation is over. And beets will play a starring role in the new year.

These are a few of the food trend predictions for 2016, courtesy of Richard Keys, co-owner with Scott Randolph of Food & Drink Resources in Centennial.

Both are chefs who saw a need to provide consumer research, focus groups and sensory testing to restaurants and national food and beverage manufacturers. Because of their work bringing fresh ideas to clients, they can identify and create trends as well as pinpoint items that are losing popularity, such as Sriracha hot sauce and gluten-free foods.

“I travel extensively in Asian countries and can tell you a company would be wasting their money developing a menu item or product based on Sriracha,” Keys said. “There are other more interesting spicy flavors emerging, like gochujang, a Korean hot sauce.”

Gochujang has been praised by Bon Appetit editors as the “hottest hot sauce on the market” and was proclaimed “the next Sriracha” by ABC’s “Good Morning America.”

As for gluten-free offerings, “restaurant owners are looking at the greater customer base for new menu items rather than catering to 1 percent of the population,” Keys said. “It’s more cost-effective to reduce the amount of money spent on gluten-free items on their menus.”

“Today’s cooks and diners continue to explore, experiment and heartily enjoy what’s new in food,” says Kara Nielsen, culinary director for Sterling, which has launched innovative products for companies such as Frito-Lay, The Hershey Co. and Starbucks. “These palates are definitely expanding, turning to more savory compositions and new regional cuisines.”

She sees this as a sign that the dining public understands food better than ever.

“Consumers are celebrating the many ways we now have to savor food,” she said.

What can the dining public expect in the way of food trends? Two Colorado companies weigh in with 14 predictions.

Food & Drink Resources, Centennial
• Expect to see complicated menu items with vegetables as the main focus. Beets will be the star.
• No-waste, root-to-stalk cooking will take the lead, too.
• Chefs will cook more over fire and create more smoked foods — everything from syrup to salt to veggies.
• Praise the lard: Lard is back! (Though we didn’t know it went away.)
• Escargot is back, too. Yes, people are eating snails everywhere. Chefs are using them to dress up peasant food such as pierogies and dumplings.
• A trend away from GMOs and toward local sourcing, traceable ingredients and humane treatment of animals will continue. But don’t be surprised to see more sustainable proteins such as rabbit, carp and Atlantic pollock on the menu.
• From sparkling mocktails to Prosecco, chefs and diners alike will be enjoying their bubbles in 2016.
• Bye-bye, Sriracha. Hello, harissa and gochujang.

Sterling Rice Group, Boulder
• Switchels: These are a blend of water, apple cider vinegar, ginger and honey, maple syrup or molasses. The drinks leverage the health-promoting benefits of apple cider vinegar.
• Oysters: Cultivated oysters are filling in for wild oysters struggling in acidified and warming waterways as chefs are translating traditional island ingredients into dishes for fine dining and fast-casual entrepreneurs are introducing bowl-loving crowds to the joy of poké, a raw seafood salad. Even Spam (sometimes house-made) is getting some love in classic musubi rice and nori wraps. Farmed oysters not only do their part filtering pollutants from our coastal waterways, they also are fueling a resurgence of oyster and raw bars, once staples in American dining.
• Savory yogurt: Ottolenghi introduced consumers to labneh, the thick, salted Middle Eastern yogurt that developed tastes for reduced sugar and interest in savoring more Middle Eastern cuisine.
• Coffee, coffee, coffee: Think regular coffee or dry-hopped coffee on nitro tap. Coffee cherry brews. Coffee butter brews. There’s no end to the creative libations coming our way from inventive baristas. With an unprecedented groundswell of fantastic coffee, plus a plethora of beautifully designed coffee bars, it’s no wonder there are new concoctions for every hour of the day.
• Soup for you: One step beyond all those fancy pressed juices are bottled soups ready for drinking. This is not about chicken noodle but rather spicy gazpachos, creamy coconut cauliflower and even mushroom-based broths. Savory flavors, more fiber and, of course, portability make nutrient-rich bottled soups a convenient grab-and-go meal without the sugar of juices.
• Pumped-up porridge: Porridge is making a comeback thanks to the widening selection of grains and seeds. Porridges made of rye, spelt, black rice or quinoa feature some sweet but mostly savory toppings such as mushrooms, vegetables, smoked fish and eggs.