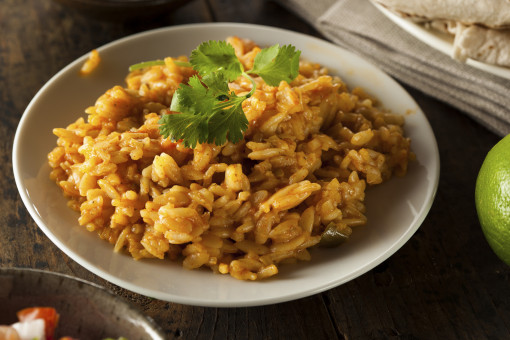 Fry for a few seconds in two tablespoonfuls of fresh lard one cupful of rice, add a little chopped onion and a clove of garlic; one cupful of chopped cold chicken, veal or ham; season with salt, pepper and a teaspoonful of sugar; cover all with boiling water and cook slowly, without stirring. When rice is nearly done, remove cover.